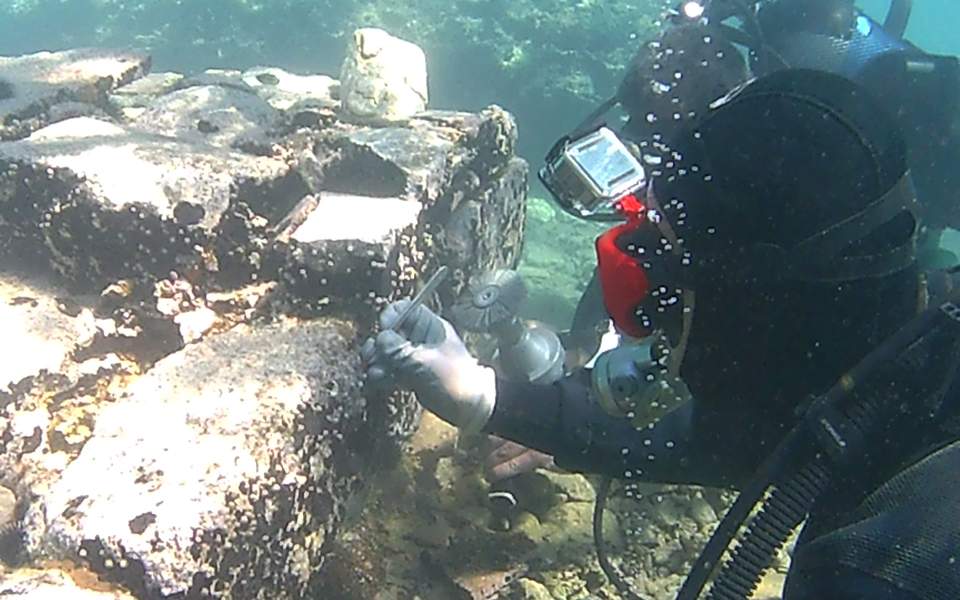 Greek and Italian archaeologists are collaborating on a program to preserve an ancient mansion at the bottom of the sea of Ancient Epidaurus.
The underwater conservation activities are part of a pilot training program for the conservation of marine archaeological remains, organized and executed in cooperation between the Ephorate of Underwater Antiquities and the Italian Archaeological School in Athens.
The BLUEMED program is a European project and involves Cyprus, Croatia, Italy and Spain. For the first time this year, the Ephorate of Underwater Antiquities will be involved in the program that started with theory (July 3-4, 2017) relating to methods for the on-site conservation of marine archaeological sites, to address bio-degradation and degradation problems and to document, restore and maintain the Underwater Cultural Heritage artifacts in the Italian Archaeological School.
The project is to conserve a section of a sunken Roman villa in the Ancient Epidaurus sea. On site practicing took place on July 5-7, 2017 at the ancient archaeological site of the “Sunken State” in Ancient Epidaurus.