Pentagon Seeks to Upgrade American Base on Crete 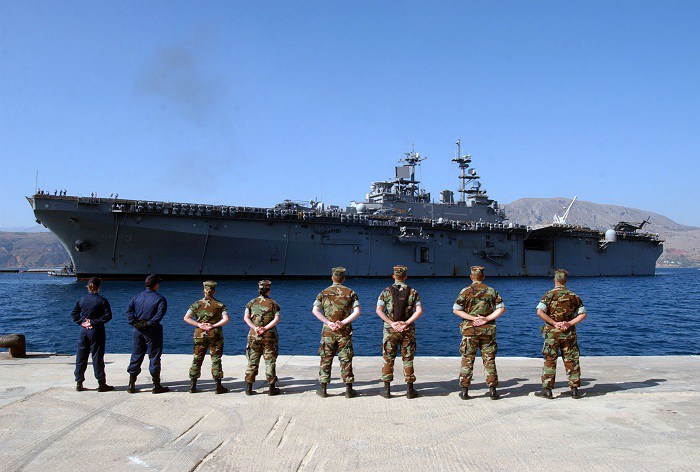 The chairman of the U.S. Joint Chiefs of Staff, Joseph F. Dunford, expressed Washington’s desire to further upgrade the American base at Souda Bay on Crete.
The joint Greek-U.S. base is a forward operating site for U.S. and allied operations around the Mediterranean, a remote base that offers a deep-water harbor for resupply and maintenance near Europe, Africa and the Middle East.
During the meeting in Washington D.C. with his Greek counterpart Admiral Evangelos Apostolakis, it was agreed that the two sides should strengthen military bilateral cooperation.
Describing Greece’s armed forces as an important partner for the U.S. military, Dunford discussed ways of increasing joint training between the army, navy and air forces of both countries, the expansion of activities of the NATO Maritime Interdiction Operational training Center (NMIOTC) at Souda, as well as enhancing the exchange of intelligence.
For his part, Apostolakis outlined the initiatives taken by Greece’s armed forces to promote military cooperation in the Balkans, North Africa and the Middle East, and also raised the issue of the conduct of Turkey’s fighter jets in the Aegean Sea which violated Greek air space again Thursday.
Two Turkish F-16s engaged in mock dogfights with a pair of Greek Mirage 2000s northeast and south of the eastern Aegean island of Chios Thursday morning.