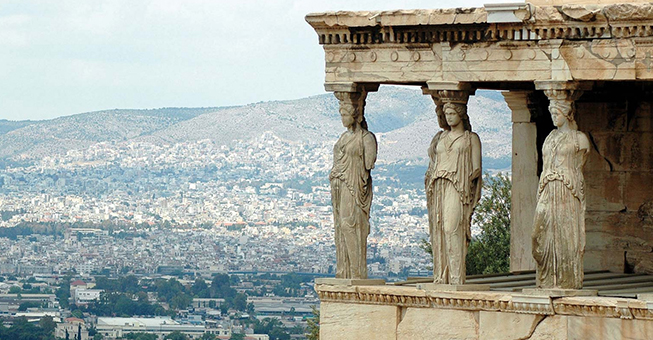 Greece is the subject of a three-part broadcast that will feature on the US television network PBS on July 6, 13 and 20.

The show “This Is America Visits Greece,” will present on Thursday the first episode titled “Greece Today: Part I.”

The American-Hellenic Institute (AHI) has the overall responsibility for the series. Its chairman, Nick Larigakis is a special production consultant.

Those in The United States can watch the show on the following link: http://www.thisisamerica.net/viewing.html The series will available worldwide through Voice of America a few weeks after the original screening.

“In Greece we had one of the best productions of this kind. We are particularly fortunate to have worked with everyone involved in this production, “said producer Jack Cregger.

“We are proud to support such an important production that presents modern Greece. We call on the people to watch the program and also tell to family and friends,” Larigakis said.

On the first episode of the series presenter Dennis Wholey speaks with US Ambassador Geoffrey Pyatt and visits the 2017 Concordia Summit.

Chairman and CEO of Libra Group, George Logothetis offers his passionate view of Greece’s past, present and future.

Wholey also ventures to the Island of Crete to speak with Commanders from Greece and the United States stationed in the strategically placed Souda Bay Naval Base while also stepping aboard a U.S. Navy vessel visiting Athens.