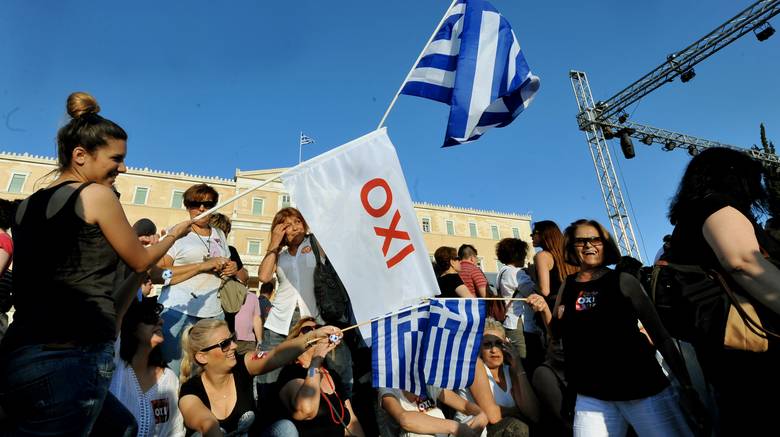 There were great celebrations about the re-opening of public television ERT in June, even a monument for the “fighters” of ERT was erected. Yet, what the SYRIZA-ANEL coalition forgot to do was to celebrate the second “proud No” anniversary, of July 5, 2015 which was so fiercely propagandized by the public broadcaster and Prime Minister Alexis Tsipras at the time.
That July night was a night of celebration. Thousands of people ran to Syntagma Square to rejoice, shout slogans, dance to “revolutionary” tunes. The “No” in the referendum had won.
Yet, when reporters asked the revelers what they were celebrating, there was awkwardness. There was a general uncertainty because many people who voted in the referendum were not exactly sure what their ballot meant.
It was the time when the newly elected leftist government butted heads with European institutions and the International Monetary Fund over Greece’s bailout. If Athens did not accept creditors’ suggested reforms and measures, the country would go bankrupt and kicked out of the euro zone.
It was also the time when the self-professed “erratic Marxist” Yanis Varoufakis was finance minister and indulged his theories and fantasies at the cost of the Greek economy. He was the one who on June 28 shut down the banks and imposed capital controls that have yet to be lifted two years later.
Tsipras decided to go to the Greek people and ask them if they want to go ahead and clash with creditors or accept their terms and sign another rescue program that would entail more austerity.
Yet, the 2015 referendum — the first after 1974, when Greeks voted against the return of the King — posed an absurd question. It was asking Greek people to say yes or no to the approval of a Memorandum of Understanding that had expired only a few days ago.
The MoU contained a series of austerity measures and reforms that crisis-stricken Greeks were instinctively opposed to. Tsipras knew that and capitalized on it. The whole state mechanism was geared towards convincing people to vote “No,” with ERT becoming the main propaganda medium to that end. 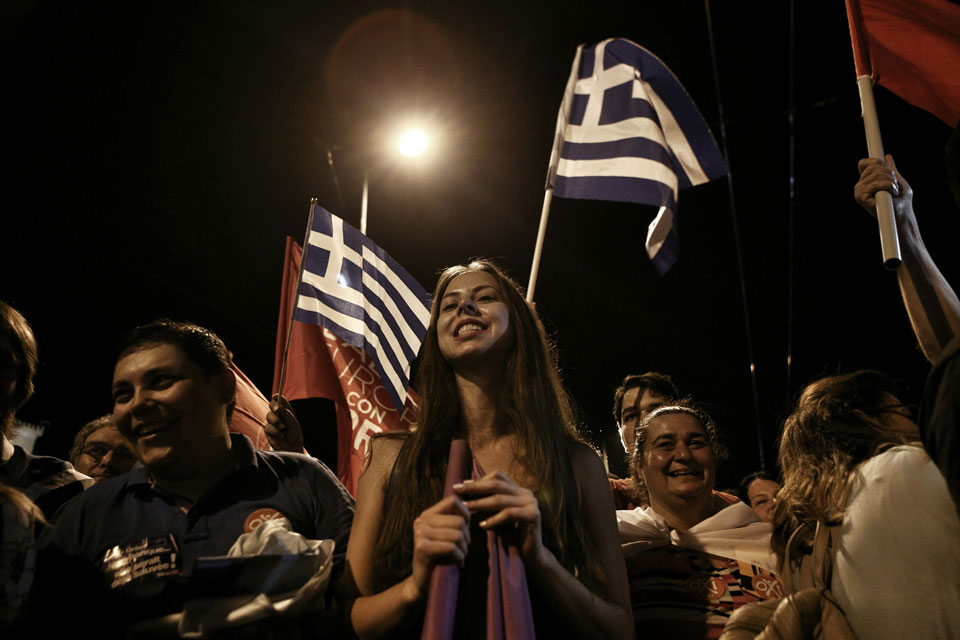 The majority of Greeks, indeed, voted “No,” hence the celebrations. For most people it was a fleeting moment of defiance to the “bad” Europeans that the whole state mechanism had cleverly demonized. Yet, the fear of bankruptcy and the economic uncertainty made many of them have second thoughts.
Tsipras took with him to Brussels the decision of 62 percent of Greeks and restarted negotiations. In his mind, lenders would take a step back after seeing that Greek people could not stand more austerity.
On the contrary, creditors did not back down and the measures and reforms remained the same. It was either you enter the bailout program and reform your economy, or go bankrupt. The Greek prime minister signed the MoU despite his pre-election pledges. He went the way of those who had voted “Yes,” those who were pro-Europe.
After the prime minister’s 180-degree turn, Varoufakis resigned and all SYRIZA hard-leftists walked away, branding Tsipras a traitor of the Greek Left for abandoning his ideas. Many Greeks felt betrayed as well.
Today, the July 2015 referendum is a mere footnote in Greece’s political history. For many, right or left in the political spectrum, it is a date that better be forgotten. Only a few days ago, a poll regarding the dubious referendum showed that 56 percent of Greeks believe it did damage to the country.

Visiting the Greek Gods on Mount Olympus and Litohoro