GRNews
GreekReporter.comGreek NewsCyprusTurkey's FM: Occupying Troops Will Stay in Cyprus and May be Used

Turkey's FM: Occupying Troops Will Stay in Cyprus and May be Used 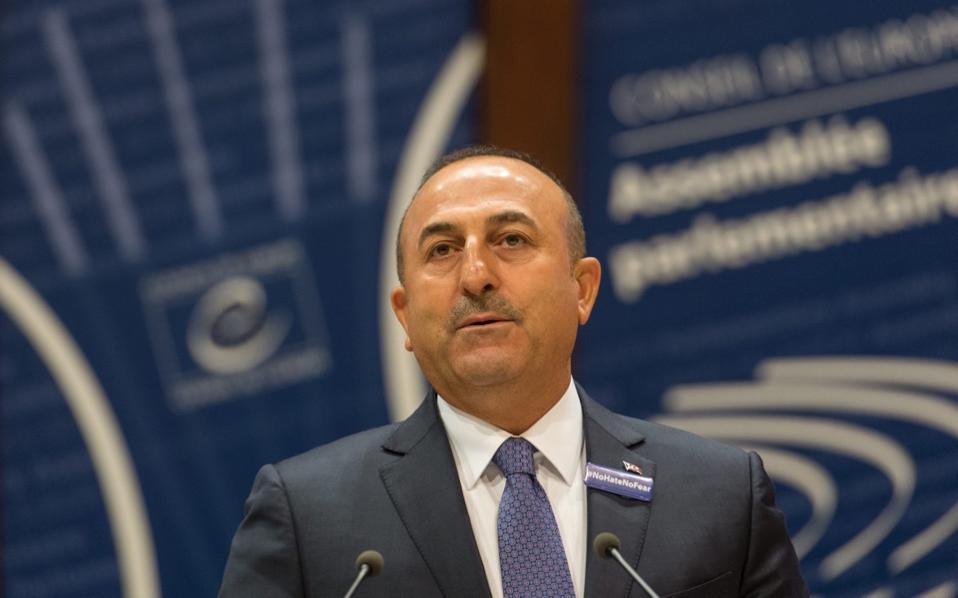 The Cyprus Conference which continues for a 7th day in Crans Montana, Switzerland is hanging on the balance.
Despite official expressions of optimism, talks are on a tight rope, as was evident from a statement by Greek Foreign Minister Nikos Kotzias on Tuesday morning.
Arriving at the conference hall and pressed by journalists to make a statement, Mr. Kotzias replied: “At some point in the future I will tell you what happened yesterday [Monday] and what the Turkish side confessed about their intentions.”
According to reports, during Monday’s talks focusing on guarantees and security issues, Turkish Foreign Minister Mevlut Cavusoglu told his Greek counterpart that Turkey wants to maintain its occupying force in Cyprus, adding that he does not exclude its future use.
Key to an overall accord is what will happen to the 35,000-plus troops Turkey has kept in the island’s north since 1974. Greek Cypriots are prioritizing an agreement on security.
The minority Turkish Cypriots consider the troops as undergirding their security and want them to stay. Turkey has said a full troop withdrawal is a non-starter.
But Greek Cypriots, along with Greece, want all Turkish troops they see as a threat removed and military intervention rights accorded to the guarantors under the island’s 1960 constitution abolished.
They propose instead an international police force, backed by the U.N. Security Council, to keep the peace once the island is reunified.