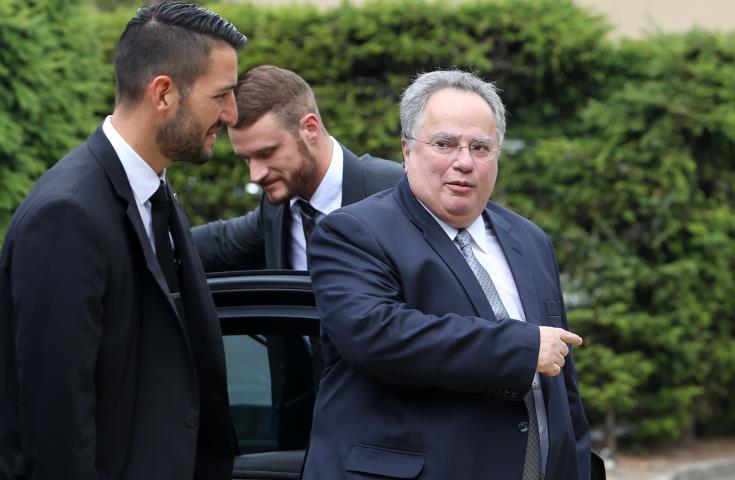 Greek Foreign Minister Nikos Kotzias criticized those who are in a hurry to create impressions at the Conference on Cyprus held in Crans Montana, Switzerland.
In statements at the end of the morning discussions, Kotzias said that some are in a hurry, either because they do not want negotiations to take place on the issue of security and guarantees or because they want to bring the Prime Ministers before fait accompli.
“It is a great responsibility for all of us,” he said adding that “we will not allow some to think that they can prevent Cyprus from becoming what I call — and adopted by the UN Secretary-General — a normal state.”
“Not a perfect state, but a state like all the rest that decides for its future and can dream that its children will live in an independent and dominant Cyprus state,” he said.
Kotzias also stressed that the Greek position remains that “the occupying troops must leave.”
But Turkish Deputy Prime Minister Numan Kurtulmus told media in Ankara Monday that “Turkey will not step back on the issue of security and guarantees.”
“Our position on this issue will not change,” he insisted.
Turkey maintains more than 35,000 troops there, and any prospects of reunification largely hinge on a drastic reduction of Ankara’s military presence.
At the end of last week, UN Secretary General Antonio Guterres hailed the talks as “highly constructive” and “a historic opportunity to reach a comprehensive settlement to the conflict that has divided Cyprus for too many decades.”
The AFP reports from Geneva that on Monday the sides seemed to take a less than conciliatory line.