Waiting for Striking Garbage Collectors to Decide, Greek Gov't Looks for Plan B 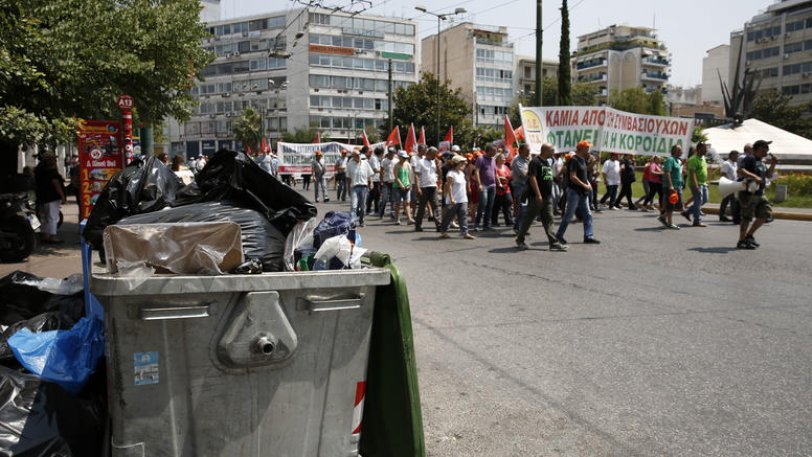 While the municipal workers are discussing whether they will continue their strike, the Greek government is seeking a Plan B for dealing with the mounds of garbage piling up in city streets across the country.
According to sources within the government, if the municipal workers union (POE-OTA) decides to continue the strike, there are two scenarios to deal with the crisis: Either force employees go back to work on the grounds of a public health hazard, or by having the army to collect the trash.
“The government will not allow public health to be put at risk,” government spokesman Dimitris Tzanakopoulos told reporters on Thursday.
Emergency municipal crews have been picking up trash since Wednesday as high temperatures contribute to the decomposition of waste, posing serious health threats for citizens. Meteorologists say that temperatures might reach up to 43-45 degrees Celsius in the next four days.
Meanwhile, about 1,000 garbage collectors marched through central Athens on Thursday morning demanding that their short-term contracts turn to permanent job positions.