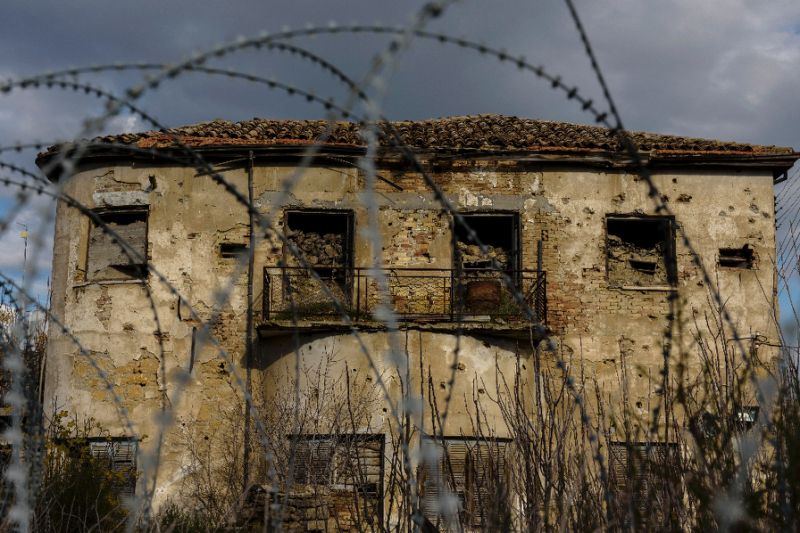 A number of Greek American organizations have sent an open letter-statement expressing their joint perspective on the Cyprus issue and the ongoing talks towards the reunification of the island.

On the eve of the Conference on Cyprus, we feel compelled to express our views on the Cyprus negotiations on behalf of the Hellenic American Leadership Council (HALC), the International Coordinating Committee Justice for Cyprus (PSEKA), the Federation of Cypriot American Organizations (FCAO), the American Hellenic Institute (AHI), the American Hellenic Council (AHC), the Hellenic Federation of New Jersey, and the Coordinated Effort of Hellenes (CEH). Our community has worked with successive US Administrations on behalf of a workable and lasting solution on Cyprus. In 2004, when we warned that the flawed Annan Plan was headed in the wrong direction, some officials defamed us as “rejectionists,” “hard liners,” or as “not having a bottom line.” Yet history proved us right and the officials predicting a landslide victory in 2004 wrong. At this key moment in Cyprus’ history, we have decided that it is time for us to speak out, warn against false steps, and describe an agreement that we may be able to support.

We have not only advocated for an end to the Turkish occupation of Cyprus, but for a new and better Cyprus. We have: invested in Cyprus; led business delegations interested in a reunified Cyprus; pushed for better bilateral relations between Cyprus and the United States. We have prepared for reunification with our Turkish Cypriot brethren by supporting bi-communal programs, by opening lines of communications with Turkish Cypriot business and opinion leaders, by encouraging policies like the issuance of Republic of Cyprus passports to Turkish Cypriots. We are informed by Cyprus’ tragic past, but not enslaved by it. Our point of reference is the Cyprus of the future, not the Cyprus of 1974.

When we expressed our support for the February 2014 Joint Declaration that began this round of negotiations, we were full of hope. We dared to believe that the world was finally invested in a reunited and truly independent Cyprus, that the days when Cyprus was sacrificed at the altar of a larger political agenda had passed us. These hopes have been dashed over and over again.

Cypriots are prepared to make difficult, and in many cases painful, compromises on issues like territory, power sharing, and property. We acknowledge that Cypriot led negotiations over these issues have progressed further than ever before. At the same time, we regret that the issue that ultimately damned the 2004 Annan Plan – that of security – has not witnessed tangible progress.

We support the proposition that all Cypriots have the fundamental right to feel secure in their country. Indeed, the security of its citizens is the primary responsibility of any state. Several ideas – including an expanded peace keeping mission, an international police force, and other federal structures – that can provide security to all Cypriots are actively under consideration. With well-developed European institutions providing additional layers of security, we are convinced that a reunified Cyprus can meet the highest standards of protection for all its citizens.

The legalization and continued presence of a Turkish occupation force – of any size – and granting Ankara the right of any kind of intervention is completely inconsistent with the goal of a workable and lasting reunification. We cannot prioritize the international community’s desire for a diplomatic victory at the expense of a viable solution. Supporting a reunification with an uncertain future because it is subject to a Turkey with hegemonic aspirations and the ability to wait out every single diplomat involved in today’s negotiations is irresponsible.

We have been asked whether we cannot simply support “whatever the Cypriots agree to.” We are offended by this question. It assumes that our priorities are at odds with those of the Cypriot people. We are attuned to sentiment in Cyprus, and right now our conclusion is that the almost singular focus on process without addressing certain issues is setting up the Cyprus negotiations for failure.

We are not at the negotiating table, and many of us will not have a vote in a referendum on reunification. But we are being asked to invest in and encourage investment in a reunified Cyprus, and to reassure the citizens of Cyprus that the U.S. will stand firmly behind a Cyprus solution and help ensure that it is workable and lasting.

If Turkey’s presence is formalized in a reunified Cyprus – either through guarantees or troop presence – we cannot do any of the above with confidence. Cyprus is in Europe, and just as US policy has prioritized a Europe “whole, free and at peace,” we ask the same for Cyprus. Turkish troops and rights of intervention prevent both the “free” and “at peace” from ever being true. We are committed to the security of Turkish Cypriots and ALL Cypriots, and there are several structures which do not involve Turkish troops that can achieve that security. Going into the upcoming Conference on Cyprus, we condition our support of an agreement on it avoiding certain provisions:

1. A reunified Cyprus cannot be subject to foreign guarantees. The demands by Turkey to retain its guarantor status keep Cyprus inherently unsafe. An EU member state is in no need of any guarantees by foreign powers.

2. Turkish troops have no place in a reunified Cyprus. In 2008, former Vice President Joe Biden insisted on the “full withdrawal of Turkey.” We have the same demand. Foreign armies are not meant to carry out policing functions and would only serve as a source of instability.

3. The benefits that each community is to realize in a reunified Cyprus cannot be subject to temporary derogations and unclear timelines. If these benefits are not in place on Day 1 of a settlement, a successful referendum is less likely, and what will in any case be a challenging implementation period will be derailed.

We continue to believe that a successful reunification of Cyprus will not only benefit the people of Cyprus, Greece and Turkey, it will stabilize a volatile Eastern Mediterranean and further the interests of the United States. Focusing more on process and deadlines than on substance will only lead to failure and instability.