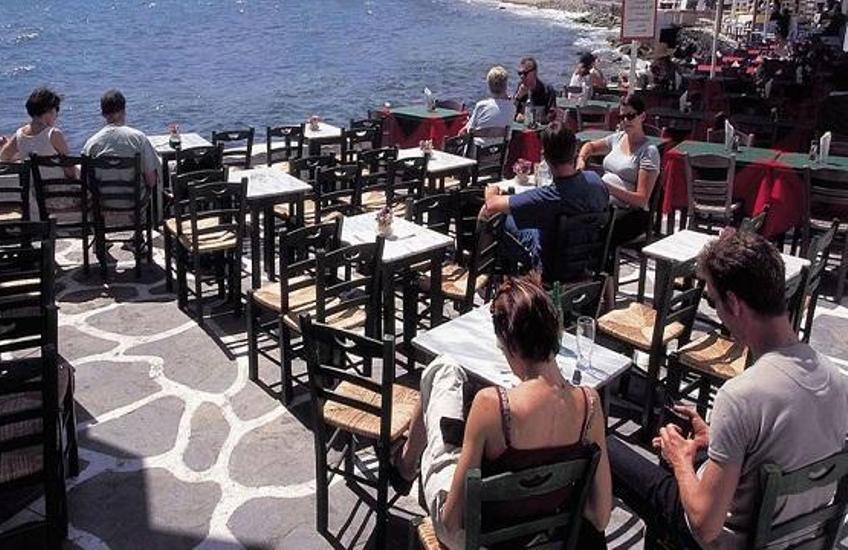 Greece’s Independent Authority for Public Revenue (AADE) is to conduct 14,500 swift raids in tourist areas where rampant tax evasion is taking place.
The operation plan is codenamed “Aegean and Argosaronikos,” after the island areas where it is known that many tourist businesses fail to declare turnover to tax authorities.
According to finance ministry information, the audits will be conducted by small teams of tax officials who will be informed of the places they will have to audit shortly before the raids. The targets are islands with high tourist activity.
The objective is to have at least 14,500 checks in the next quarter, with an emphasis given on the issuing of receipts for goods and services. This is about 50% of the annual target of 35,000 proactive audits.
In the past few days, AADE and tax officials attended special training and information seminars on Syros island. The attendees were briefed on the new sanctions and measures taken against businesses that dodge taxes, such as shutting down businesses or imposing fines of 5,000 euros.
The seminars also included crisis management courses, following the increase of incidents where tax auditors and other officials were attacked, bullied or obstructed by business owners who broke the law.
Some of the targeted islands where authorities believe tax evasion is rampant are Mykonos, Santorini, Paros and Naxos.
Also, according to AADE, alongside the “Aegean-Argosaronikos” operation plan, unannounced checks will be carried out across the country.