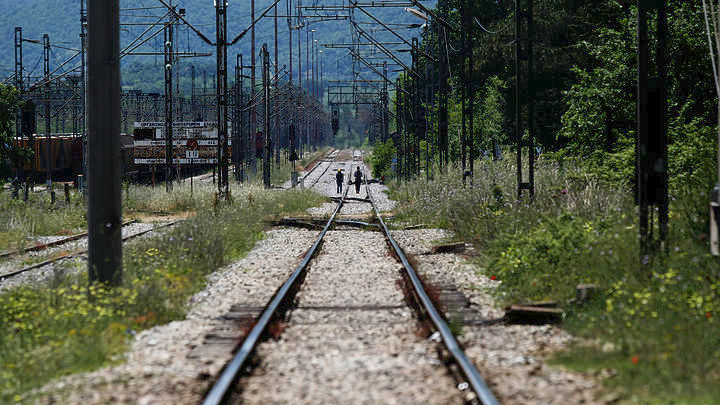 For several months after the autumn of 2015, the sleepy village of Idomeni and the refugee camp that grew up along Greece’s northern border after this was closed and had dominated global headlines. The tent city is now gone but, according to archaeologists, Idomeni and the Axios River valley have always been an important north-south route through the ages.
The archaeological team has moved in to the area and will be scanning the subsoil using geo-radar and satellite remote sensing equipment, around locations where earlier digs found evidence of a neolithic settlement and post-Byzantine cemetery in 2007 and in 2015. Those digs were relatively restricted, however, and the next move will be to scan the surrounding soil to determine the extent of the prehistoric and post-Byzantine remains, as well as the possible existence of a post-Byzantine settlement near the cemetery.
The Central Macedonia Regional Council on Friday approved the signing of a contract with the Foundation for Research and Technology-Hellas (FORTH) and the culture ministry for the specific research project, which will be carried out by the FORTH’S Laboratory of Geophysical-Satellite Remote Sensing & Archaeo-environment – a part of the Institute for Mediterranean Studies – and the Kilkis Antiquities Ephorate.
(Source: ANA-MPA)