GRNews
GreekReporter.comGreek NewsCrimeGreeks Arrested on Beach in France With 1.5 Tons of Cocaine During...

Greeks Arrested on Beach in France With 1.5 Tons of Cocaine During Rescue Operation 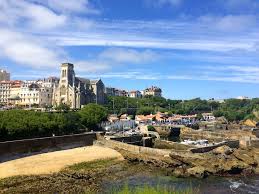 A rescue operation off the coast of southwest France uncovered 1.5 tons of Cocaine. An Inflatable boat with passengers that were in danger were pulled by rescuers who then discovered parcels filled with cocaine on the beach.

The cocaine-filled parcels were thrown out by the passengers of the boats in distress. Eleven people have been arrested, seven of which are Greeks. Some of those arrested were not only on the beach but were caught in the vicinity and are being detained.

The French authorities have handed the information and photographs of those arrested over to the Greek authorities, but after a background check it came to light that the arrested had no other similar offenses of this nature.

Hellenic police will identify the 11 persons on the list and then conduct searches in their homes in order to surface any information that will help in the case.