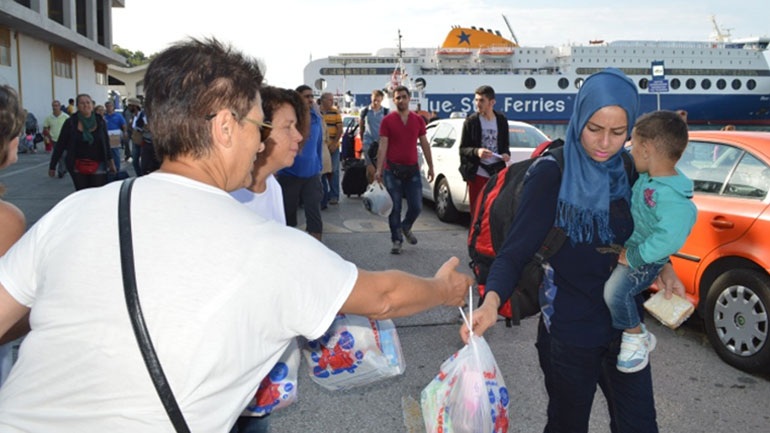 The culmination of the refugee crisis in the summer of 2015 has left its mark on Greece, as tens of thousands asylum seekers seem very likely to stay in the country indefinitely, if not permanently.
Since 2015, 850,000 people arrived in Greece with the vast majority of them crossing to the more affluent countries of central and north Europe. However, since March 2016 the EU closed the so-called Balkan route. As a result tens of thousands of people are stranded in Greece. Many of them continue to cross illegally through Balkan nations.
Official figures speak of approximately 63,000 asylum speakers. However, given the lax monitoring of migrants arriving at the islands of the Aegean after crossing illegally from Turkey, experts say that the number is substantially higher.
The 2015 influx of refugees as a result of the escalation of the war in Syria found Greece unprepared. Initially, refugees were housed in inappropriate, makeshift structures such as in tents outdoors, empty warehouses, abandoned buildings and so on. It was next to impossible to handle an average of 2,500 people arriving each day.
In March 2016, the EU-Turkey agreement that would stem the flow of asylum seekers went into effect. Since then, the average daily number of arrivals dwindled to about 60. Yet, the large number of asylum seekers made it very difficult to manage.
With the help of the UNHCR, EU, NGOs and Greek migration authorities, since 2016, more than 30,000 refugees have been housed in apartments, mostly in the two major urban centers, Athens and Thessaloniki. Other municipalities and rural communities also accomodate refugees and migrants as the accommodation program expands gradually. At the same time, Greek migration authorities create additional proper hospitality facilities.
Overall, Greek people showed great solidarity and compassion to the suffering refugees. Crisis-stricken Greeks went out of their way to offer refugees food and clothes, some even offered their homes for refugees to stay. The acts of compassion of everyday Greeks have been touching.
Yet, the despair of some refugees who saw that their dream to travel further in the heart of Europe for a better future was dashed, led to reactions. Also, many economic migrants who took advantage of the refugee crisis and tried to mix with refugees in order to seek asylum reacted violently to the fact that their future would be in Greece. Several clashes with local communities have taken place. Overall, though, such incidents have been few.