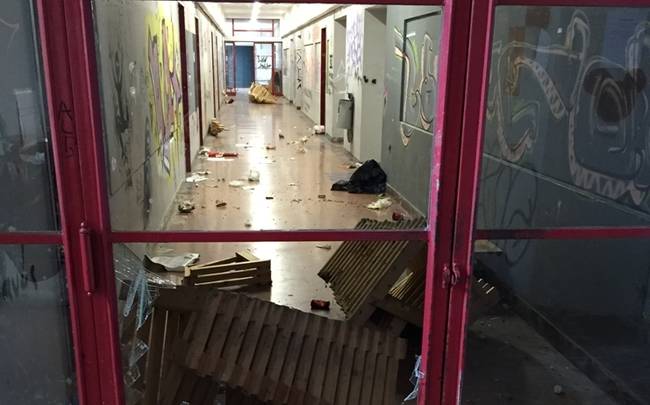 Students of the Aristotle University of Thessaloniki have sent an official letter of complaint to the university dean and faculty demanding action against criminality on campus.
The letter was signed by 471 undergraduate and graduate students and speaks of conditions of repeated rampant criminal acts on the campus grounds. Specifically, the students claim that the crimes of drug trafficking, theft, prostitution and aggravated assault are frequent and hinder their studies and overall academic life.
The students give examples of two deaths from drug overdose and a recent stabbing over a drug deal that took place on campus.
The complaint comes after the announcement of a Ministry of Education draft bill and the article on the university asylum, according to which police have no right to enter university campuses unless they are called by the dean and only after a decision is made by the university administration and student representatives.
Education Minister Costas Gavroglou defended the university asylum article and said that reports on criminality on the Aristotle University campus are exaggerated. Speaking on Skai television on Tuesday, Gavroglou said he is against police intervention on any campus and that the only authority responsible for safety on campus is the “academic community.”
Regarding the crimes reported, the minister insisted that such problems are not solved by policing the campuses and only the university dean can call the police if a criminal act is committed.
“In universities, these issues are solved from within, if there is a robust student movement and a professors’ union,” Gavroglou said.