‘Freedom Besieged’ Sets Out to Change the Story of Greek Youth 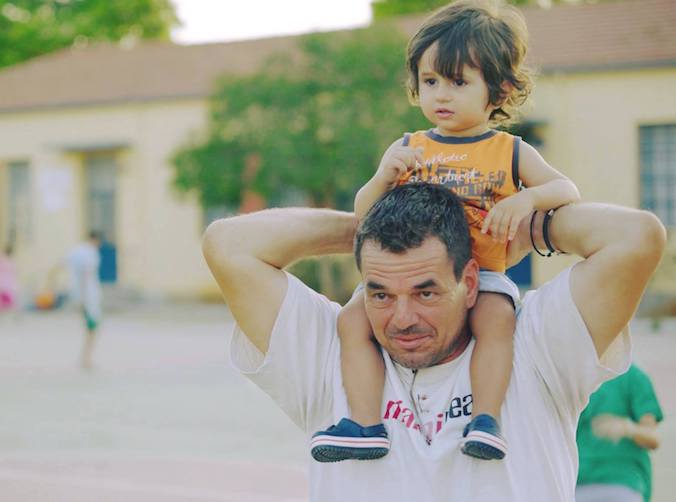 For Greeks around the world tired of the negative associations and presumptions swirling around their homeland, and especially surrounding the Greek youth of today thanks to the crisis of recent years, Panayiotis Yannitsos‘ new feature-length documentary “Freedom Besieged” sets out to change that image.
The documentary focuses on the political and economic climate of Greece, mostly with respect to how it has affected both the attitudes and prospects of the country’s young generation.
Filmmaker Panayiotis Yannitsos take an in-depth look at how young people all over Greece are reacting to what some around the world have called a “humanitarian catastrophe” unfolding in Greece over the past decade. Tired of the sad, angry, poverty-ridden images coming out of Greece, Yannitsos interviews young people making a difference, reacting to their circumstances by taking the future into their own hands.
He states, “it breaks my heart that many associate the current Greek brand with the image of an elderly man weeping outside a bank but forget about the 15-year-old in Thessaloniki who is winning countless academic awards and running Greece’s first teen think tank. His name is Konstantinos Papachristou and you will discover him in this film”. 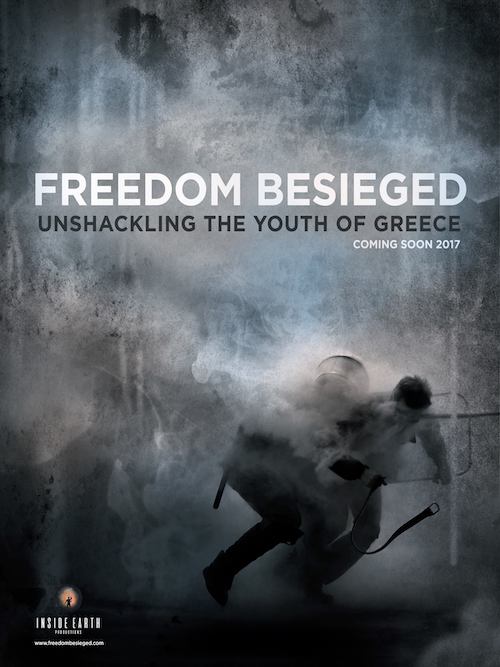 This film is, in the director’s own words, “an effort to rebuild a connection between young Greeks and the world around them”. In addition to interviewing ambitious, creative personalities like a 22-year-old Exarcheia-based photographer and a 35-year-old entrepreneur building an eco-village in Euvoia, the documentary includes perspectives from a diverse range of intellectuals, politicians, athletes, and experts on the Greek crisis. You can expect interviews with Noam Chomsky, Michael Dukakis, brand strategist Peter Economides, Pyrros Dimas, and New Democracy Party leader Kyriakos Mitsotakis to be featured in the documentary.
Yannitsos hopes “Freedom Besieged” can shed new light and show new perspectives on the crisis, while also changing the narrative surrounding Greek youth. “We have on our hands a special generation of motivated young Greeks with a chip on their shoulder”, the director states. “I hope that we don’t waste them. I hope that the governing bodies around us wake up to the opportunity because, as I have said before, fertile soil is not enough”.
“Freedom Besieged” will be released in September of 2017.