Thousands March Through Thessaloniki for the Pride Parade 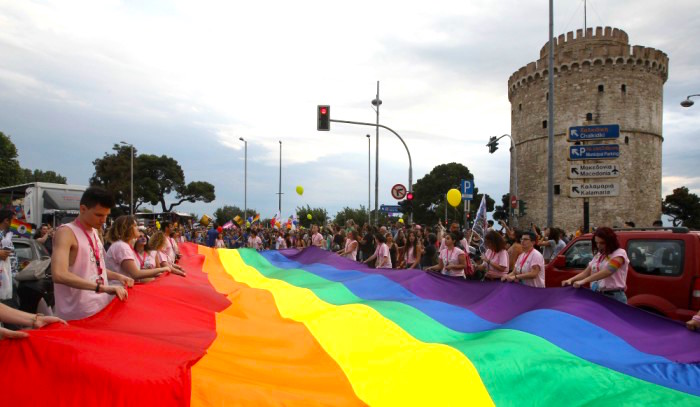 More than 13,000 people participated in the 2017 Thessaloniki Pride parade, which concluded this year’s festival held over four days, with the slogan “It’s a matter of education”.
Participants gathered at the city’s emblematic White Tower and marched through the main streets, returning again to the original rallying point. Organizers said participation this year greatly exceeded that of 2016.
Thessaloniki mayor Yiannis Boutaris hailed the event and marched along with the LGBTQI community and its supporters. Several lawmakers were also present.
A small-scale scuffle broke out when the parade had reached Tsimiski road, when a group of about 25 people tried to prevent participants from passing through, but they were pushed back by police.
The festival will close with a live gig by the Greek band Veggas.
(Source: ANA-MPA)