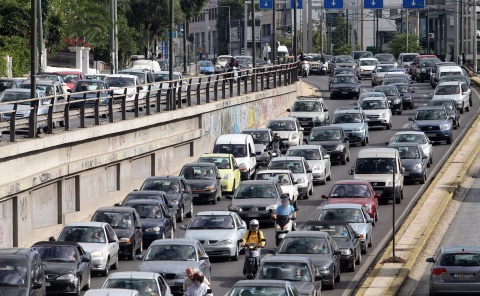 If you received an electronic message via Taxisnet from the Independent Authority for Public Revenue asking to pay a stamp duty of 250 euros as dictated by law, you are among over 1 million who are being asked to pay the stamp duty.
There are several cases concerning the former owners of cars and motorbikes that show there has been no cross-checking of the Finance Ministry’s database on road tax payments with insurers’ records, leading to a series of mistakes: for instance, cars that have been sold or stolen remain registered to their previous owners, who have received the warning via Taxisnet.
The Independent Authority for Public Revenue is not only enforcing the stamp duty but has specified that motorists with uninsured vehicles could face fines of up to 3,000 euros.