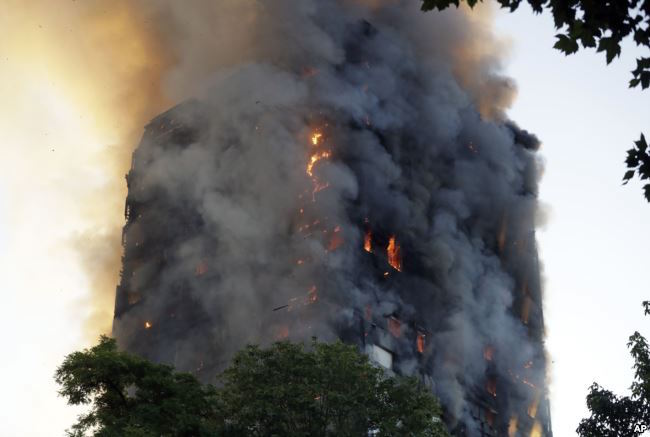 Rescuers in London are working to get residents out of a 27-story apartment tower that has been engulfed in a massive fire for several hours. Officials fear some residents are still trapped in the blaze. A number of people, including children, are missing.

London Mayor Sadiq Khan has declared it a “major incident.”

London Metropolitan police officials say at least 200 firefighters are battling the blaze, as they worked to evacuate residents from the building in West London’s North Kensington area. Rescue teams are treating people for smoke inhalation and other injuries.

Witnesses told a local TV station they could hear residents screaming for help, while some of those trapped shined their cell phone lights in the hope of being spotted by rescuers.

“There is hardly anything left of the building now,” Tim Downe, a neighbor, told Sky News.

Those who escaped stood outside the building in their pajamas as police cordoned off the area and called on people to stay off the streets to allow emergency vehicles through. The fire was first reported just after 1 a.m. London time.
Investigators say the cause of the blaze was not immediately clear.
(Source: VOA)