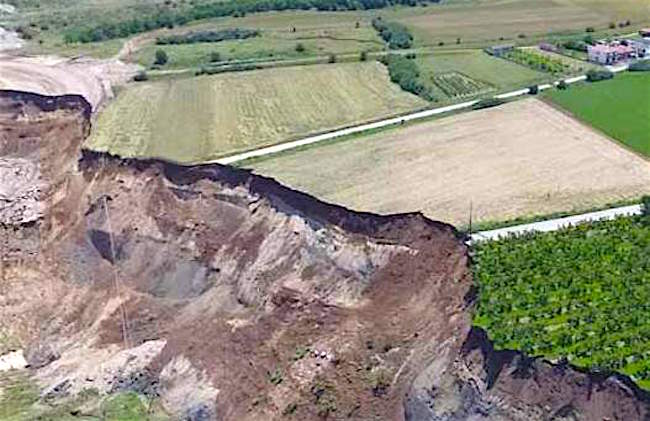 The mining-induced landslide on the Amyntaio mountain on Saturday buried 500 million worth of lignite under 80 million cubic meters of earth and forced the permanent evacuation of the nearby Anargyroi village.
The 182 residents of Anargyroi, in the slope of Amyntaio in northern Greece, were forced to permanently evacuate as the village will now be demolished.
Other than the total destruction of the Anargyroi village, the tectonic rupture caused by the lignite mine that belongs to the Public Power Corporation (PPC) generated a huge financial loss to the already ailing company. 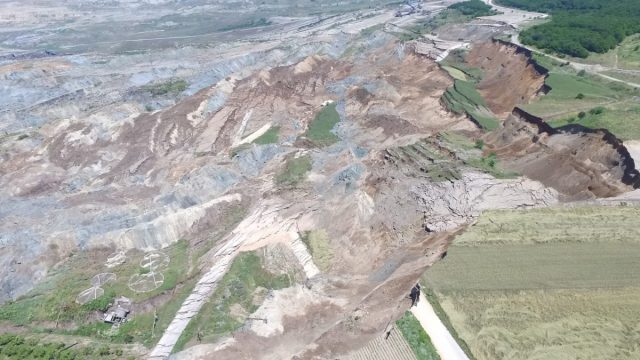 Specifically, 25 million tons of lignite worth 500 million euros and 100 million worth of excavating machinery and vehicles were buried under 80 million cubic meters of earth. According to PPC-GENOP union president Giorgos Adamidis, the total damage, including the end of operation of the Amyntaio power unit, may well exceed 1.5 billion euros.

The landslides also caused collateral losses to the stability of the power system as it is uncertain whether the two lignite power plants of Amyntaio, with total capacity of 600 megawatts, will operate again. Even though the two lignite units were fully operational from October to April, power supply shortages might occur.
Also, the effect of the landslides might be felt by 1,700 people who are at risk of finding themselves without a job. PPC was employing 850 workers at the Anargyroi mine, while there were 500 people employed by the contractors. Also, on Friday, one day before the landslide, another 350 seasonal employees were hired by PPC to work in the facilities.
PPC warns that secondary landslides are possible.