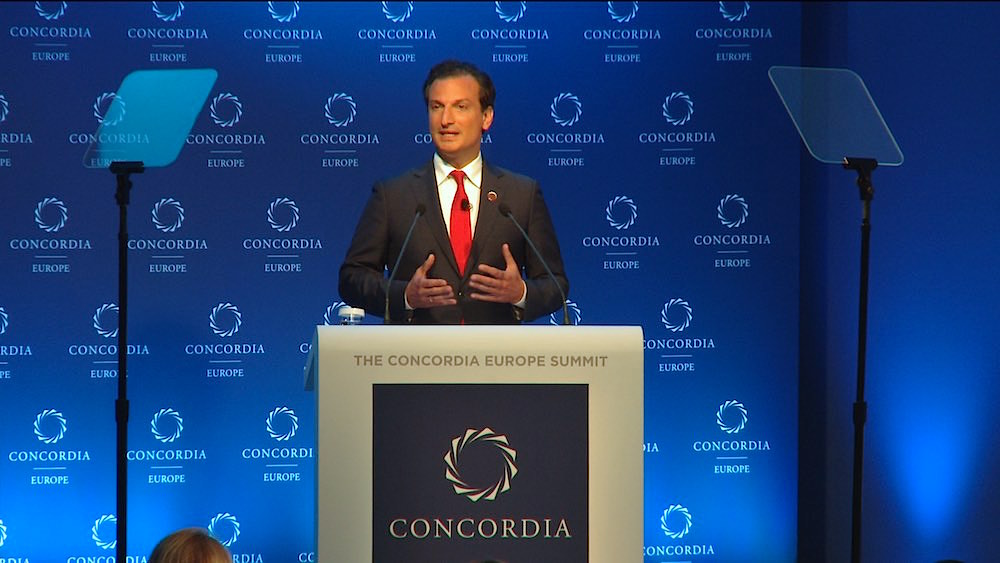 Logothetis praised the young Greek entrepreneurs who lack capital but make up for it with loads of ambition, determination and hard work. The social workers who work 16 hours every day and save lives for only 800 euros a month.
The Concordia chairman stressed that each Greek, individually, can contribute to Greece’s recovery, and called on all, “rich and poor, powerful and powerless” to work for the cause.
“Greeks do not need to be the subject of pity and scorn. Belief in our country is not possible without belief in its people… Let’s not over-rely on the heroes of our past but look for the heroic in each other, the everyday ordinary heroes,” Logothetis urged.
“We have the possibility to reinvent ourselves, to emerge stronger and united, to reaffirm our collective culture,” the Concordia Leadership Council chairman concluded amid applause.