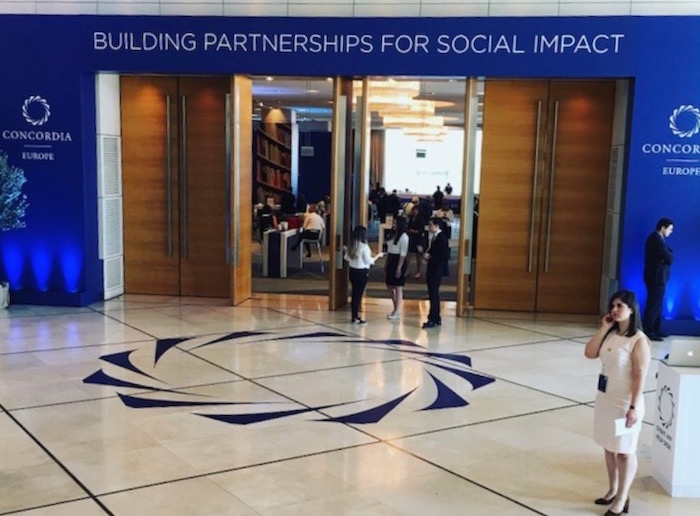 President of the Hellenic Republic Prokopis Pavlopoulos on Tuesday opened the Concordia Europe Summit in Athens, a platform to exchange ideas so that Europe meets the challenges of the 21st Century through public-private partnerships.

“Concordia believes that public-private partnerships (P3s) have great potential for impact in Europe as it works to preserve a modern-day union, calm a burgeoning refugee crisis, and reignite regional economic growth, while remaining on the path to achieving the U.N. Sustainable Development Goals by 2030,” notes the Organization.
https://www.youtube.com/watch?v=y5KpCMvIMU4
On the first day of the two-day event the first issue the Summit discussed was “EU-US Relations: Opportunities for Trade, Investment, and Growth.” Concordia hosted a fireside chat with former President of the European Commission and former Prime Minister of Portugal, Jose Manuel Barroso, discussing aspects of the economic relationship between the United States and the European Union. Moderator for the talk was Alexis Papahelas, Executive Editor of Greek daily newspaper Kathimerini.

The talk that followed and was moderated by Concordia Co-founder Matthew Swift was titled “Building a Culture of Leadership: Realizing the Private Sector’s Impact Potential.” Muhtar Kent, Chairman of The Coca-Cola Company spoke of an organization’s potential for social impact, based on ethos and values cultivated by its leadership. 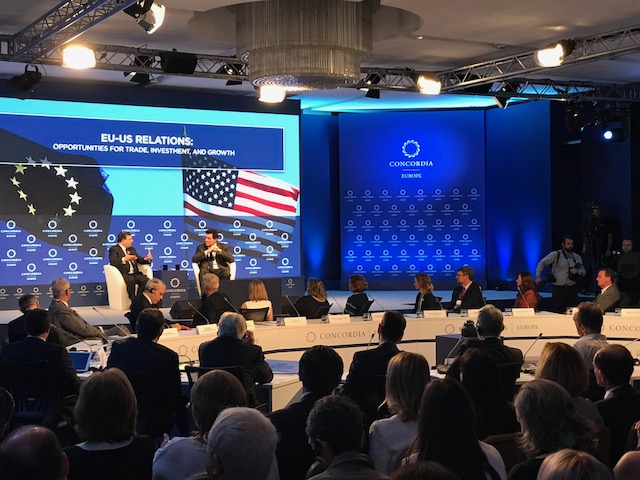 The Summit also focused on “Going Global: Scaling Local Partnerships in Health, Education, and Community Development.” A panel discussion regarding the development of public-private partnerships (P3s) for social impact. In the session, the Athens Partnership in Greece and My Brother’s Keeper Alliance in the United States will be highlighted as case studies of organizations promoting the value of strong cross-sector collaboration, which can spark innovation and help local, national, and global leaders alike to rethink their path to social and economic impact.
The speakers for this session were Giorgos Kaminis, Mayor of Athens; Alexandros Kambouroglou, Executive Director of Athens Partnership; Nicholas Logothetis, Concordia Co-Founder & Chairman; David Simas, Chief Executive Officer of Obama Foundation.