Greek Man Stabbed in London Terrorist Attack Out of Danger 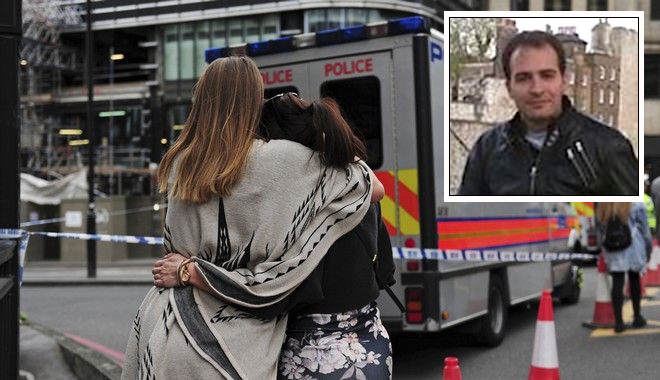 British authorities officially announced to the Greek Embassy in London that there is a Greek national among the victims of Saturday’s terrorist attack and that he is out of danger.
The official information says that the Greek man, Antonio Filis, 35, who was stabbed by the terrorists, is hospitalized, his condition is stable and that he is out of danger.
The Greek Embassy in London announced on Facebook:
“The British authorities have informed us that a Greek man is among the injured in the attack, and he is being hospitalized in a steady state. The Greek Embassy is in contact with him,” the statement said.
The Greek Consulate is in contact with the 35-year-old man to provide him with any help he needs.
Earlier, a video from a restaurant camera shows a bloodied man shouting in Greek: “Help me, I’m bleeding.” It is not confirmed if he is the same person.
Filis, who hails from Lamia, moved to Britain in 2011. He has studied agricultural engineering and is working for a British company in London.