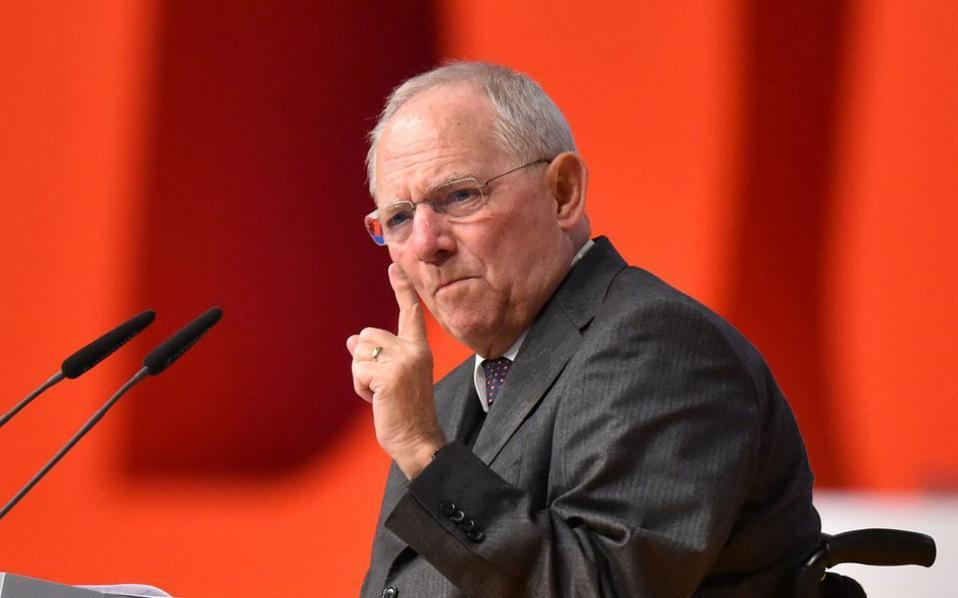 Wolfgang Schaeuble, criticized the Greek government on Thursday, stressing that Athens has “made progress, but its political leadership insists on putting the weight on the weak.”
“Do not blame me for the structural weaknesses of the Greek program,” the German Finance Minister added, responding implicitly but clearly to the accusations he has accepted over Greece’s excessively hard treatment.
Mr. Schaeuble has again made it clear that Greece must immediately stand on its feet while criticizing Alexis Tsipras for the promise he did not respect for the taxation of shipowners and said the IMF remarked that the staffing of administrative posts of the Privatization Fund was made within the government circle.
Response from Athens
The responsibilities of German Finance Minister Wolfgang Schaeuble in the management of the Greek crisis are well-known, Greek government sources said on Thursday, responding to comments made by the German minister.
“Schaeuble’s responsibilities in the management of the Greek crisis have been recorded historically. There’s no point for him to try to blame others,” the sources said.