Contraband Cigarettes Cost Greece up to €1 Billion per Year 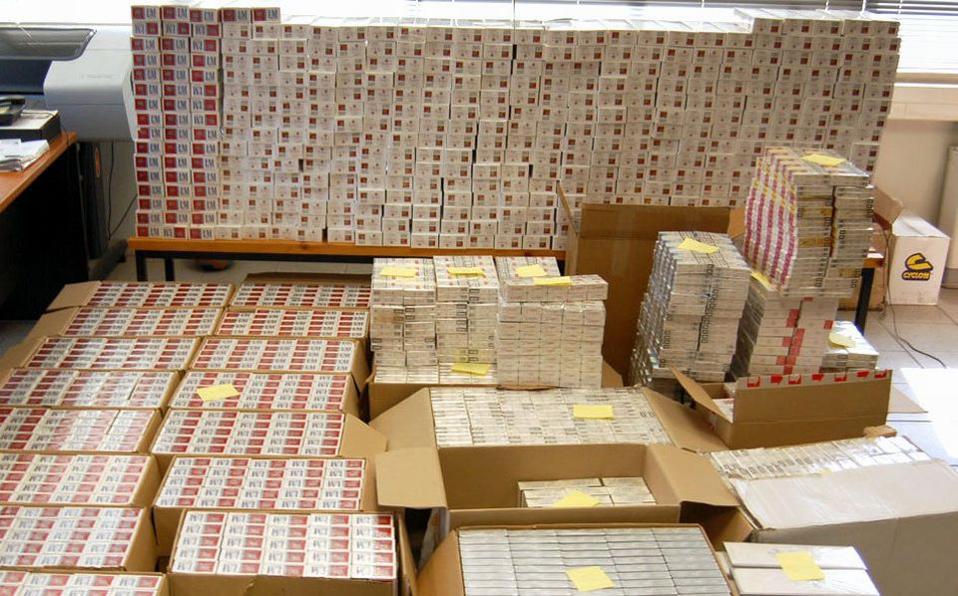 As no Greek government has managed so far to banish smoking in public places, the State is losing close to 1 billion euros every year from the sale of contraband tobacco and cigarettes.
Tax raises and special levies on cigarettes have not deterred the more inventive Greeks to maintain the habit. Distribution and sales of illegal cigarettes and tobacco thrive. Α quick Greek google search on contraband cigarettes shows that “where to find them” and “how much do they cost” are among the top popular searches.
It’s easy to find contraband cigarettes and tobacco in Athens. In markets, flea markets and the Exarchia neighborhood you can find any “brand” you like at one euro a pack. Almost four times less than you can buy a legal pack at a kiosk. Even those who are hit the hardest by the crisis can afford to satisfy their craving with one euro.
According to Euromonitor figures, illicit cigarettes penetration reached 21% of all cigarettes consumed in Greece in 2014 amounting to over 229 million non-duty paid packs smoked. Based on an average pack price of 3.80 euros in 2014 and an average tax burden per pack of 85% of TIRSP (inclusive of specific excise at 82.50 euros per 1,000 sticks and rates of ad valorem and VAT of 20% and 18.7% respectively) the Greek state lost about 740 million euros in tax on this illicit consumption. Up from 2013 when the State lost 565 million in taxes. It is estimated that by 2019, the loss would be one billion euros.
Geographically, Greece serves as a transit point to the wider Europe region for contraband cigarettes coming from the United Arab Emirates and eastern Europe. According to Papastratos, a Greek tobacco company, Greeks consumed four billion illicit sticks in 2014.
Greek consumers seem indifferent to the quality of contraband cigarettes. Campaigns by tobacco companies warning about the health hazards of smoking tobacco of dubious origin fall on deaf ears, as more and more smokers resort to them. Police reports about large quantities of illegal cigarettes seized abound in mass media.