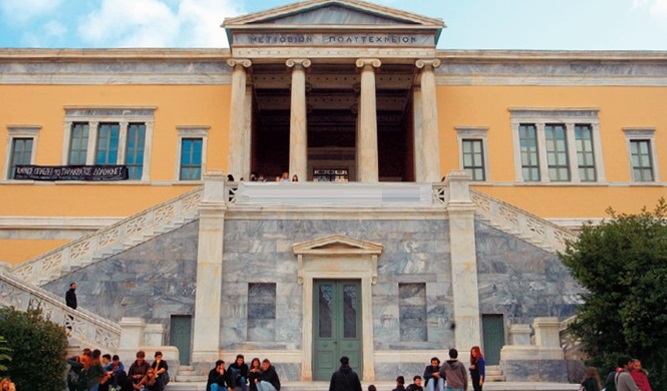 The National Metsovio Polytechnic celebrates this year its 180-year anniversary. A series of events including thematic units on the schools of the Polytechnic and the long history of the institution have been scheduled to take place in early July, September and November while the main event will be held on December 12.
The first event of the internationally acclaimed Athens Polytechnic (National Technical University of Athens) was held at the Technological Park of Lavrio in May.
“The Polytechnic was never isolated from the social reality,” stated the Rector of the institution Professor Ioannis Golias explaining the selection of the site of the first event entitled “Metal workers of the world” which coincided with the 70-year anniversary since the establishment of the school of Mining and Metallurgical Engineering.
(Source: ANA-MPA)