GRNews
GreekReporter.comGreeceThe Attack Against Papademos was the Second Against a Greek PM in... 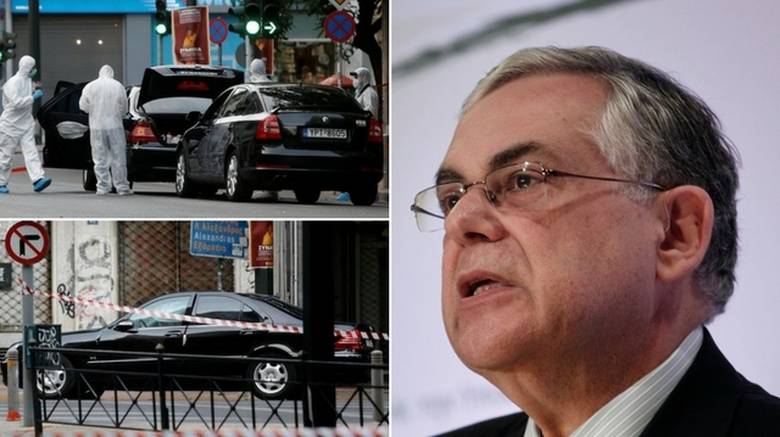 The parcel bomb that exploded inside the car of former Greek prime minister Lucas Papademοs on Thursday was the second against a state leader in 84 years.
It was June 6, 1933 when prime minister Eleftherios Venizelos was returning to his home from dining at a friend’s house in the Athens suburb of Kifisia. Suddenly a car intervened between the car that was carrying the prime minister and his wife and the car with his guards. A hail of bullets came from the attacking car smashing the windows of Venizeos’ vehicle, killing one guard while injuring three others in the car carrying the guards.
That was the third attempt against Venizelos’ life, marking the years of the great National Divide between the royalists and the republican supporters of Venizelos. A time of political upheaval between the two World Wars that brought the Ioannis Metaxas dictatorship in 1936.
No such attempt against the life of a prime minister — active or former — has been made since. Not because Greeks were not divided, as the 1946-1949 Civil War or the 1967 military coup indicate. But the forty or so years after the restoration of democracy in 1974, the divide seemed to dissipate as a rather well-doing, extended middle class was created after Greece entered the European Union.
Today, the economic crisis created the conditions of a new National Divide. The populist, opportunist leftists of SYRIZA on one side and everyone else on the other. Winning the elections by promising crisis-hit Greeks that their debts would be forgiven, Alexis Tsipras and his cohorts built on dividing the Greeks. Assuming the role of saviors, it was the righteous them against everyone else.
Lucas Papademos symbolizes everything that most SYRIZA voters hate: He is a well-educated banker who served as provisional prime minister in the beginning of the “memoranda era.” And an easy target for terrorists since he has a low key personality and was never involved in partisan politics as soon as his short-term period in the premiership concluded.
Luckily for him, the parcel bomb sent to him was only meant to scare. The quantity of gunpowder was not lethal. It was a show of strength, probably by the same group that placed a bomb in the front of Bank of Greece, the country’s central bank, a few months ago.
Fortunately, there are no fatalities in the recent terrorist hits. They are mostly symbolic acts, crude exercises in ill-perceived urban guerrilla warfare. They are always followed by extended anarchist manifestos aimed at the young and the gullible. Authorities suspect that the parcel bomb sent to Papademos is a work of the Conspiracy of the Cells of Fire.
There are worries that terrorist acts during tourist season might deter visitors from coming to Greece. A look into the statistics of such acts shows that it isn’t so. Almost all of them are within a radius of two kilometers from the Exarchia neighborhood, a haven for the anti-authoritarians and rebellious youths. There has never been a terrorist hit in tourist areas, or on the many popular islands for that matter.