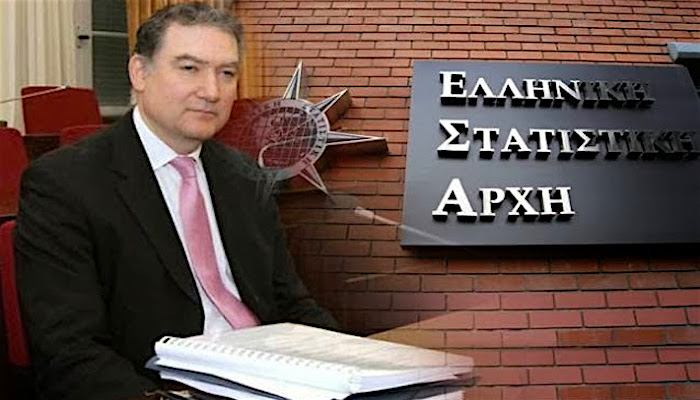 An Appeals Justices’ Council on Friday again acquitted the former head of Greece’s statistical authority Andreas Georgiou, as well as two other ELSTAT employees, of charges that he had artificially inflated Greece’s 2009 public deficit figures. This was the second judgement that dropped the charges and ruled that Georgiou should not stand trial.
The council’s ruling said that none of the three ELSTAT executives should be indicted for the offenses of colluding to produce a false certification at the expense of the state, aggravated by the “especially high value of the object of the crime.”
The judgement was reached by majority vote, with just one council member voting to indict the three accused to stand trial before a criminal appeals court. It was in line with the recommendation made by the Appeals Court Prosecutor in the case.
The case against the former ELSTAT chief was based on the accusations made by academic and former ELSTAT board member Zoi Georganta, who said that Georgiou had acted in concert with Eurostat to misrepresent the figures for Greece’s deficit so as to facilitate decisions for the Greek bailout.
The first judgement for Georgiou’s acquittal was issued in 2015 but reversed by a Supreme Court criminal section, which returned the case to the appeals court for re-examination.
(Source: ANA-MPA)