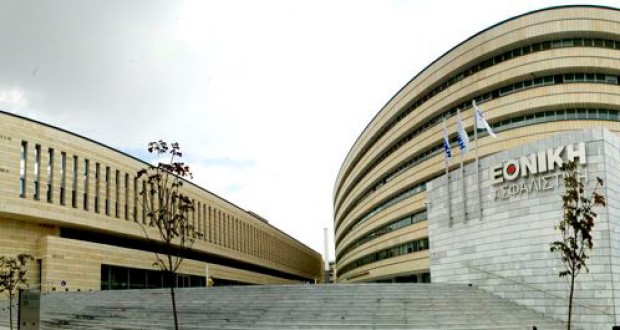 U.S. Commerce Secretary Wilbur Ross recently backed a bid by the the EXIN Group to buy Ethniki Asfalistiki, the insurance arm of Greece’s National Bank, Reuters says.
The deal could help U.S. investments in Greece since Calamos Investments is a U.S.-based company managing 20 billion dollars. Calamos CEO is Greek American John Koudounis.
The EXIN Group is competing against three Chinese groups: Fosun, Gongbao and Wintime. The Ethniki Asfalistiki (National Insurance) privatization is part of the bailout program requirements set by Greece’s international creditors. The concession has to be completed by the end of the year and reportedly can be worth about 800 million euros.
According to Reuters citing a senior banker, the U.S. Commerce Secretary wrote a letter to Greek Prime Minister Alexis Tsipras that called for a transparent sale. “It is a strong letter,” the source said.
“The Secretary is fully supportive of the EXIN bid, saying it would be a good start towards improving U.S. investment flows to Greece,” said the banker, who asked to remain anonymous.
Ross’s letter was copied to the Greek bank association, National Bank’s (NBG) management and the central bank, Bank of Greece, the banker said.
Ethniki Asfalistiki was founded in 1891 and became a cornerstone of the Greek economy, and society in general. It provides life and non-life insurance products. The company had a 16.6 percent share of the market last year and 2015 net profit of 98 million euros. NBG is selling focus on core banking. Morgan Stanley and Goldman Sachs are the NBG advisors for the concession.
The Calamos Investments CEO said that EXIN had presented a hard-to-match offer, but did not give details. He said other Greek-American investors interested in Greece were watching closely.
Exin Partners have already entered Greece’s insurance market by buying AIG-Greece from AIG in December.