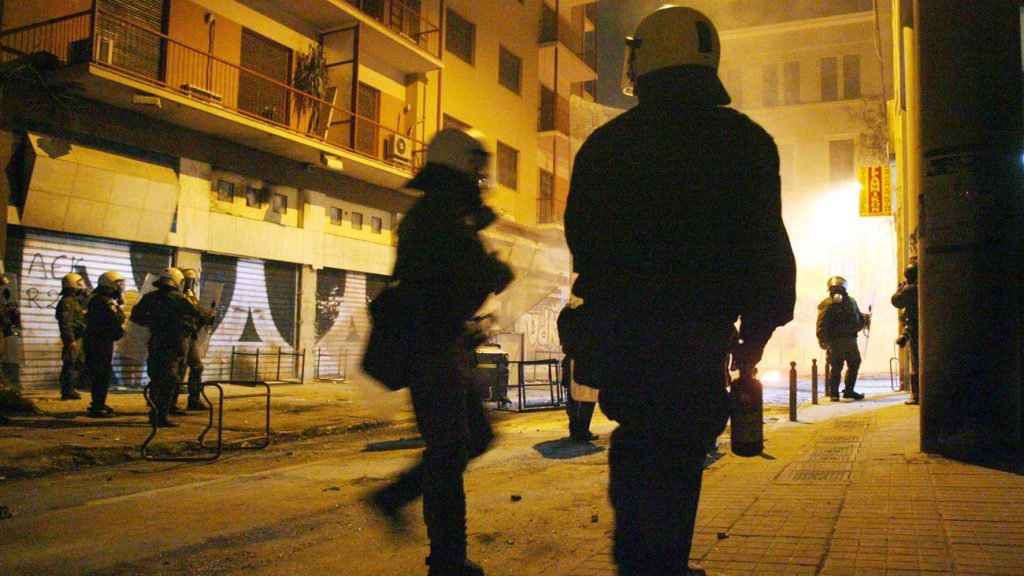 In Exarchia, central Athens, Hellenic Police have registered 59 violent attacks by anarchist groups against them in the first four months of the year, or 15 hits per month.
The favorite target of anti-authoritarian groups is the PASOK offices on Harilaou Trikoupi Street in Exarchia, as most of the attacks take place there. This year, the building and its guard have been hit 22 times. The riot police force and the police bus parked outside the offices are often hit by firebombs and rocks to the point that such attacks have become part of a weekly routine for assailants, police and area residents.
In 2016, there was a total of 89 such attacks, with 32 of them against the PASOK headquarters. In 2015 there was a total of 46 hits with 26 against the same target. In 2014 there was a total of 40 anarchist hits with 21 of them at Harilaou Trikoupi.
According to police, the people who have been arrested in such incidents belong in the 16-25 age group with several of them being foreigners.