Uniformed Workers Take to Streets in Protest of Pay Cuts 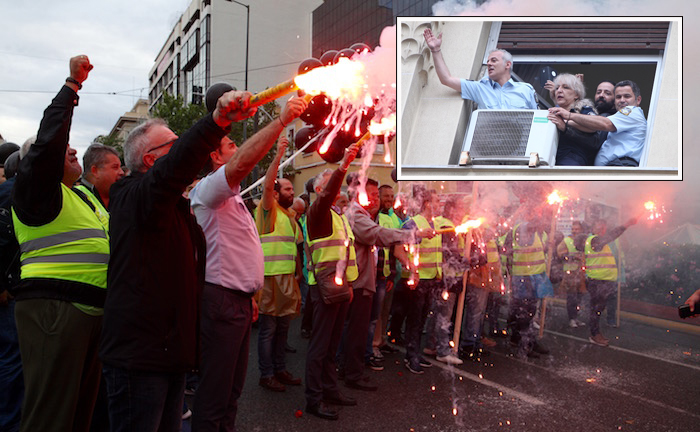 Thousands of police officers, port workers and firefighters took to the streets holding black balloons in their hands in protest of cuts in the special wages for those in uniform, as well as for the reductions that hide the measure of personal discrepancy in their earnings.
The uniformed workers held a protest at Karaiskaki Square and made their way to Parliament, denouncing the dramatic decline in their income, which even poses a safety issue 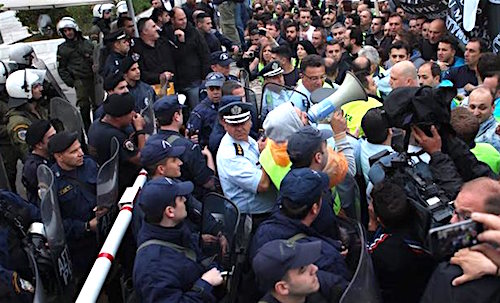 specifically for young people in the security forces.
Police officers, as well as executives from all security forces, arrived at parliament from the Vasilissis Sofias entrance and tried to make their way inside. Three squadrons of MATs in front of the entrance managed to prevent their colleagues from entering and avoided the worst with a calm intervention, however, there was some intensity in the confrontation.

At noon representatives of the police, military and other security forces, occupied the office of Alternate Finance Minister George Chouliarakis at the General Accounting Office, 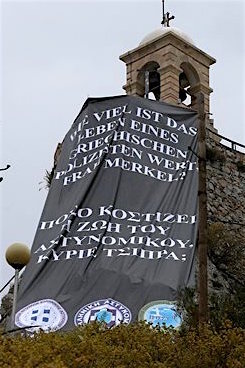 demanding a meeting with the minister. Earlier, the head of the Panhellenic Federation of Police Employees Grigoris Gerakarakos told the Athens-Macedonian News Agency (ANA) “we will not leave here unless we see Mr. Chouliarakis. The minister has an obligation to receive us and hear what we have to say.”
Early in the morning, the special guards hung banners in Lycabettus, protesting against the new wages. The banner was written in Greek and in German and read: “How much is the life of a police officer worth Mr. Tsipras,” while in German the slogan was exactly the same but instead referred to Angela Merkel.

Cleopatra and Antony Celebrated their Love on Samos, the Mykonos of Ancient Greece