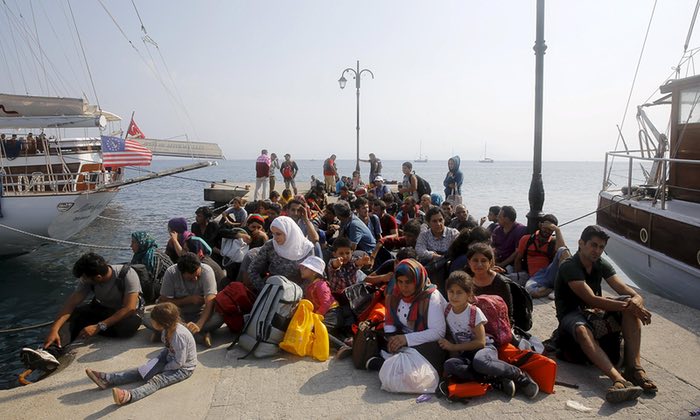 On Tuesday the European Commission announced that in June it will be deciding on whether there are any legal cases or migration penalties to be made against countries in the EU, such as Poland and Hungary, which have failed to comply with taking in asylum seekers from the migrant crisis hitting southern Europe.

In the announcement, the Commission said that members of the bloc cannot continue to refuse to take in asylum seekers and not show solidarity with other member countries such as Italy and Greece — the two countries which have been dealing with the brunt of the migrant crisis, Reuters reported.

So far, Poland and Hungary have yet to take in a single person while other EU countries have been slow to react in taking in asylum seekers as a part of the resettlement program.

The decision to relocate asylum seekers across the EU member states was made back in 2015 when it became apparent that the southern countries could not deal with the huge influx of migrants arriving at their borders seeking asylum. Thus far less than 18,500 asylum seekers have been relocated to other EU countries, while the original 2-year plan was implemented in hopes of relocating 160,000 people. Currently there are over 60,000 migrants seeking asylum in Greece.

“It cannot be that while the majority of member states are making real efforts in a real European spirit, others continue to show no solidarity,” EU Migration Commissioner Dimitris Avramopoulos said during a news conference. “This is why I call on Poland and Hungary, who have not relocated a single person in need of protection, to start doing so right now,” he added.

Turkish President Recep Tayyip Erdogan referred to the Aegean Sea by the name “Sea of Islands”, as he continued his provocative rhetoric against Greece.
Crime