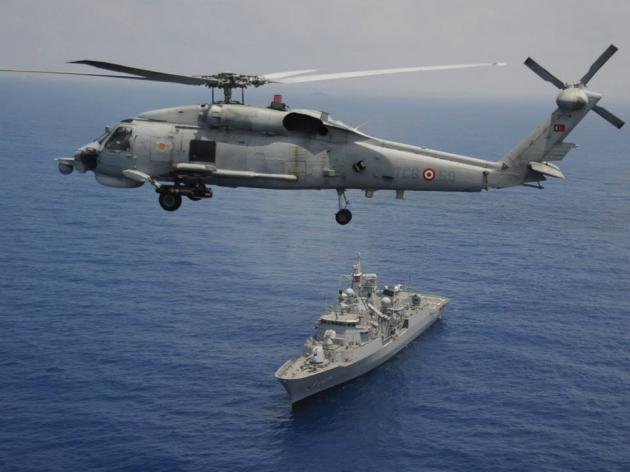 A number of violations of Greek airspace and territorial waters by Turkish warplanes and battleships on Monday forced the Foreign Ministry to issue a complaint about International Law violation.
Just two days after Greek Prime Minister Alexis Tsipras’ meeting with Turkey‘s President Recep Tayyip Erdogan in Beijing, the Turkish armed forces entered Greek territory repeatedly in the Eastern Aegean area.
In the afternoon, during the Turkish naval exercise “Deniz Kurdu,” two ships of the Turkish Navy carrying missiles entered Greek waters on the eastern and northern coasts of Agathonisi island and stayed there for about 20 minutes.
The Turkish warships were followed closely by Hellenic Navy patrol boats, while two Greek armed warships approached the area and monitored the Turkish ship moves until they left.

Meanwhile, 44 Turkish aircraft entered Greek airspace in the Northeast, Central and Southeast Aegean, making a total 141 violations of national airspace, while nine dogfights between Greece’s airforce and Turkish fighters were recorded.
Specifically, the Greek airforce recorded 20 Turkish F-16 fighter jets, flying in eight formations, five CN-235 (spy planes), and 19 helicopters violating the Athens FIR.
Of the 20 F-16, 14 of them were armed. These aircraft were identified and intercepted in accordance with international rules.
Greece’s Foreign Ministry issued a formal complaint stating that, “The current incident of violation of Greek territorial waters by Turkish naval vessels in the area of ​​Agathonisi constitutes a flagrant violation of International Law.”

“It is clear that there are forces in Turkey that do not want good neighborly relations and understanding between the two countries,” the statement added.