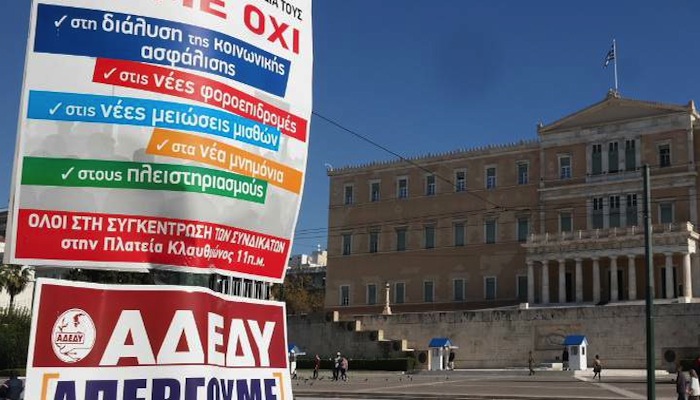 Public transport employees will be starting a three-day work stoppage in protest of new austerity measures to be voted in parliament on Thursday, as reported by ekathimerini.
Beginning on Tuesday, there will be no buses from 11 a.m. to 4 p.m. and on Wednesday and Thursday buses will run from 9 a.m. to 9 p.m.
OSE workers are also scheduled for a walkout on Tuesday from the hours of 9:30 a.m. to 4:30 p.m. in a show of respect for the victims of the derailment of an intercity train in Adendro, northern Greece, on Saturday.
On Wednesday, trolley buses will be running from 9 a.m. to 9 p.m. while the Piraeus-Kifissia electric railway (ISAP) and the Athens metro will run from 9 a.m. to 4 p.m.; there will be no service from Doukissis Plakentias metro station to Athens International Airport at all as trains will not be running on the OSE national railway network.
On Tuesday and Wednesday ferry services will cease as seamen join in on the protest.
Air-traffic controllers will be on a four-hour strike on Wednesday from 11 a.m. to 3 p.m.; scheduled flights will be grounded during this time period. Those with plans to travel should contact their airlines for revised times.
The general strike to take place on Wednesday will also disrupt services at state hospitals as doctors and nurses will be on a 48-hour walkout. No newspapers will be circulating on Wednesday as journalists will put a pause on reportage on Tuesday.

Prince Philip, the Duke of Edinburgh and consort of the Queen of England Elizabeth II, passed away early Friday morning at the age of...