By Katherine Filippeos
May 14, 2017
Facebook
Twitter
WhatsApp
Linkedin
Email
Thousands of people visited the battlefields of the legendary Fort Roupel and the underground forts of the Metaxas Line at the Greek-Bulgarian border this weekend (May 13-14), and experienced the revival of the Battle of World War II, organized for the second year. 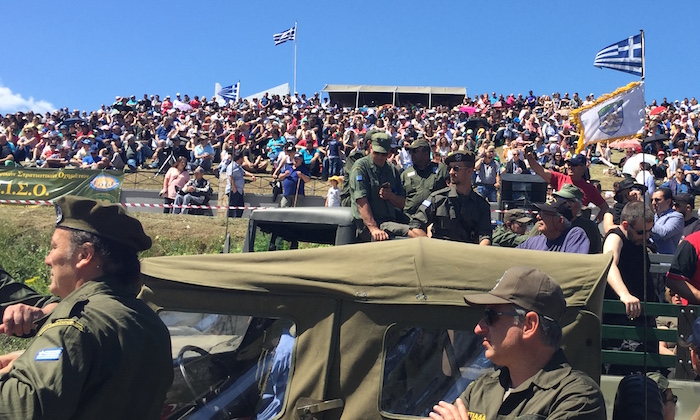 Groups of people reenacted the events dressed in World War II uniforms and armament, along with striking effects of fire and explosions; the raging effort of the Germans to occupy the fort was demonstrated as well as the last dramatic hours — after the occupation of Thessaloniki — and the negotiations for its surrender.
“It is the second year that the Municipality of Sintiki is organizing this event with the support of local authorities and professionals. There were about 4,500 people in the region last year,” says Savvidis, one of the organizers of the event.
Visitors re-lived the Battle of the Fort (which occurred in April 1941), with reenactments that included explosions and stunning effects, as well as an air show from the F-16 Zeus Airplane Aircraft Group. 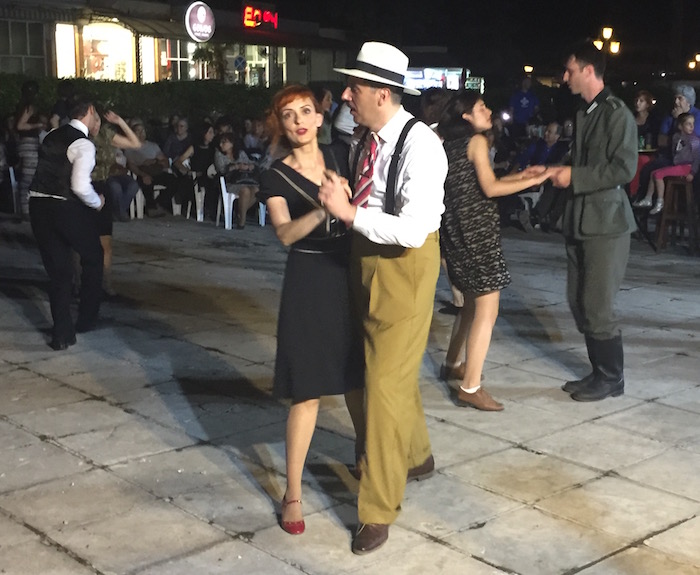 A pleasant surprise was the dance party that took place on Saturday night with people dressed in costumes from the time period.
“The most exciting moment was the culmination of the event; the Greeks left the fort, where the Germans did not manage to reach, so they were never considered prisoners of war, and the enemy, recognizing how honest and courageous they fought, showed respect,” notes Savvidis.