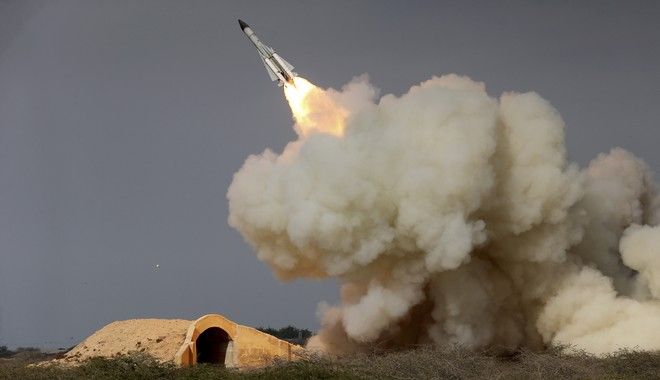 Turkey launched its first long-range ballistic missile at Sinope on Thursday, while provocations in Greek airspace continue unabated.
Turkish National Defense Minister Fikri Isik spoke to A Haber television saying that, “Our 280-kilometer range Bora missile was launched from Sinope, successfully striking a target in the Black Sea.”
“Turkey is now making its own missiles, we have gained a lot of confidence and we are proud of it,” the Turkish Defense Minister said by announcing other trial launches in the future.
According to Roketsan, the Turkish manufacturer, the Bora missile is 610mm in diameter, has a radius of 280km, has a 470kg explosive power and is able to hit critical targets with great precision.

Turkish provocations in the Aegean continue unabated
Just 24 hours after Greek Chief of Staff Vangelis Apostolakis told his Turkish counterpart that Greece will not remain passive in the neighboring country’s violations of Greek airspace and sea borders.
On Thursday, a few hours after the completion of the 11th Inter-Balkan Meeting of Chiefs of Staff, Turkish aircraft proceeded with 40 violations of Greek airspace, with one of them resulting in a dogfight.
Specifically, two Turkish F-16 fighter jets, three spy CN-235 aircraft and one helicopter violated Greek airspace.
The two fighters were armed and in one case they engaged in a dog fight as Greek Air Force aircraft tried to intercept them.