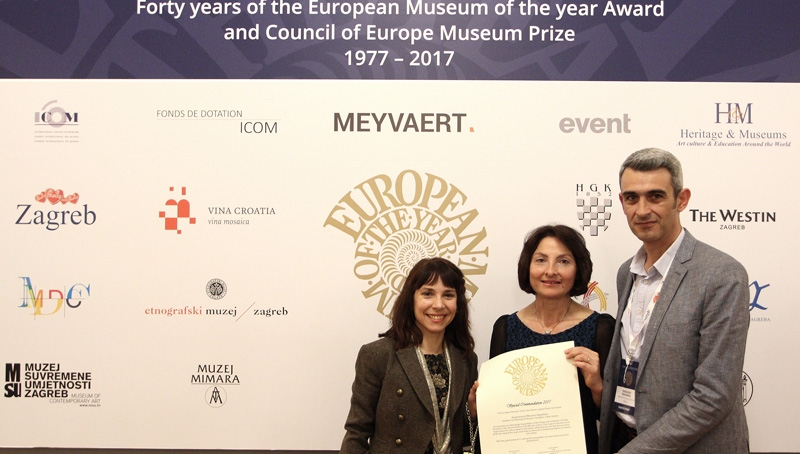 The Archaeological Museum of Heraklion in Crete was awarded a Special Commendation at the annual European Museum of the Year Awards (EMYA), during a ceremony held in Zagreb, Croatia, over the weekend.
The EMYA judges praised this museum for presenting “a cutting-edge interpretation of the history and civilization of Crete, focused on the rise and decline of the Minoan culture.”
“The museum has become a huge social and cultural asset for the island, influencing tourism and the economy, while also helping the local community to interiorize a positive perception of science and culture,” they added.
The ministry of culture said judges praised the Museum’s initiatives for “the dissemination of historical knowledge to different social groups through innovative activities.”
The event, organized by the European Museum Forum (EMF), was attended by over 200 people from 29 European countries and is the longest running and most prestigious awards in Europe aiming to recognize excellence in European museums and to encourage innovative processes for the benefit of society.
(source: ana-mpa)