One in Two Greeks Unable to Pay Taxes Due 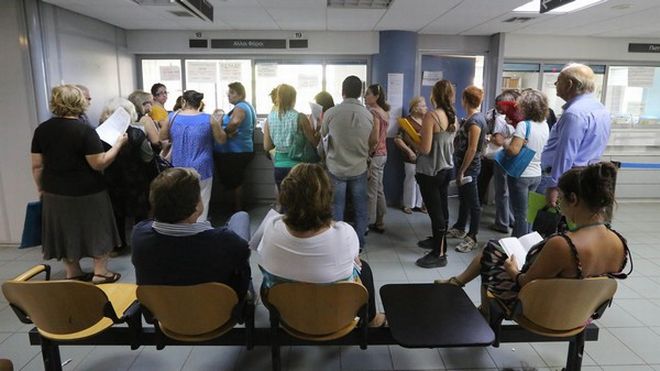 Greek taxpayers are drowning in debt as half of them are unable to meet their tax obligations, according to an Imerisia newspaper report.
Higher taxes along with wage and pension cuts and raises in prices of goods have left Greek households in debt. Characteristically, in March alone, unpaid taxes amounted to 658 million euros.
Since the beginning of the year, new overdue debts amounted to 3.3 billion euros, while 50,399 debtors saw money seized from their bank accounts or their assets confiscated by the State. Characteristically, an average of 800 seizures are ordered each working day.
Another 1,623,306 debtors are threatened with the confiscation of their assets. According to estimates, 925,000 foreclosures and auctions would be ordered by the end of the year.
In total, citizens’ debt to the tax office exceeded 94 billion euros.
Security funds are also in a dire state as debts in security contributions and fines reached 22.5 billion euros in March, compared to 17.5 billion euros at the end of 2016. Debtors to security funds were 314,917 in 2016 and almost doubled after the first quarter of 2017 (619,768).
Most debts to security funds are old, therefore they have very low or no collectability.