Euro Working Group: Next Loan Tranche to Greece Once Prerequisites are Completed, No Debt Relief Yet 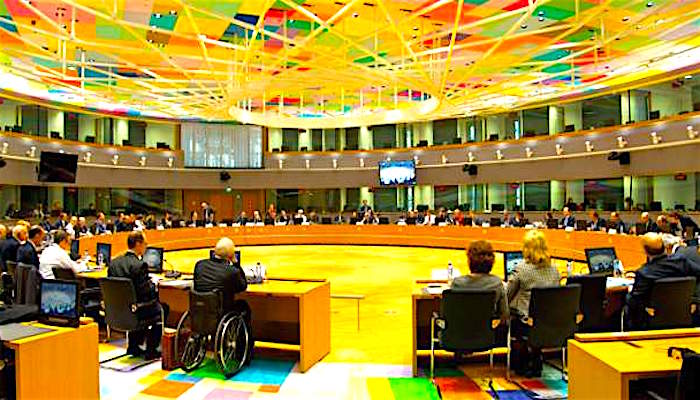 The Euro Working Group in Brussels was concluded at 17:40 with institutions welcoming the preliminary agreement and saying that the Eurogroup would then approve the disbursement of the next loan tranche once Greece completes the prerequisites.
In a joint statement, Greece’s creditors said:
“The EWG assessed the second evaluation of the Greek ESM program. The EWG welcomes the preliminary agreement between the Greek Authorities and the Institutions in a policy package that will form the basis for completing the second evaluation. Once the prerequisites have been implemented by Greece, the Eurogroup will be able to approve the policy package and the conditions for the next disbursement, and to resolve the viability of the Greek debt in the immediate future on the basis of the May 2016 agreement.”
In the Euro Working Group Greece was represented by Deputy Finance Minister Giorgos Chouliarakis.
Regarding the debt issue, Germany seems reluctant to agree on medium term debt relief measures before the bailout program is completed in August 2018. The differences between Berlin and the International Monetary Fund remain as the Fund insists on immediate debt restructuring. Germany, however, does not want to commit to further debt easing in light of the upcoming elections in September.
European Stability Mechanism Spokesperson Wolfgang Proissl commented on the discussions between Europe and the IMF on the Greek debt saying that “if there is some debt relief in the end, it is something that we don’t see in the immediate future.”
“Medium-term and long-term debt relief measures can only be decided when Greece has successfully completed the ESM reform program in 2018 and only if such relief is deemed necessary and nominal write-offs (debt haircut) are impossible,” the ESM spokesperson added.