Greece Reinforces Borders in Light of Political Crisis in FYROM 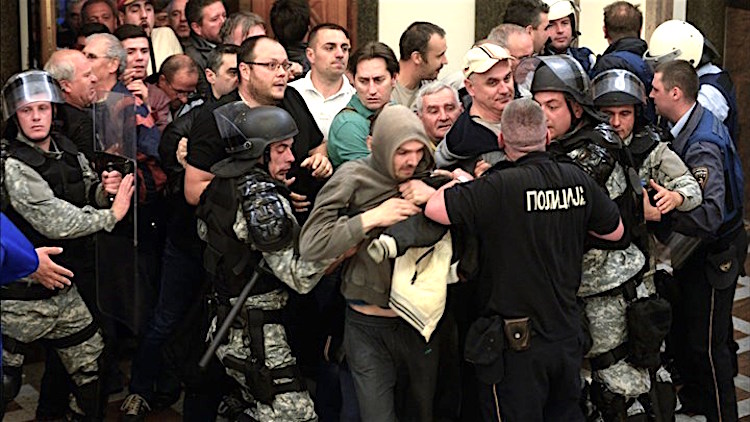 Greece is taking border reinforcement measures in light of the ongoing political crisis in Former Yugoslav Republic of Macedonia that might even lead to population shifts.
Greek officials worry of the possibility that the neighboring country, which is in a prolonged political crisis, might collapse and the situation might even culminate to movement of populations.
The European Commission has taken the initiative to set up an information and analysis office in Skopje, with all EU Member States having diplomatic or police liaisons stationed.
The purpose of the office is to transmit information from field observers to the competent authorities of the Member States so that coordinated action can be taken if necessary. Greece has a consular office and a police liaison in direct communication channels with the Ministries of Foreign Affairs, Defense, Citizen Protection and the National Intelligence Service (EYP) to transmit information about the situation in FYROM.
An EYP political analyst told Ethnos newspaper that the threat of civil war has been looming over FYROM for a long time and Greek authorities have taken precautionary measures long before last week’s bloody fights in the House.
Specifically, Greek authorities have already designated the point that will serve as the place of reception, registration and identification of FYROM citizens who might enter the Greek territory to seek asylum.