GRNews
GreekReporter.comGreeceTsipras-Mitsotakis Battle it out in Greek Parliament Over Controversial Bill

Tsipras-Mitsotakis Battle it out in Greek Parliament Over Controversial Bill 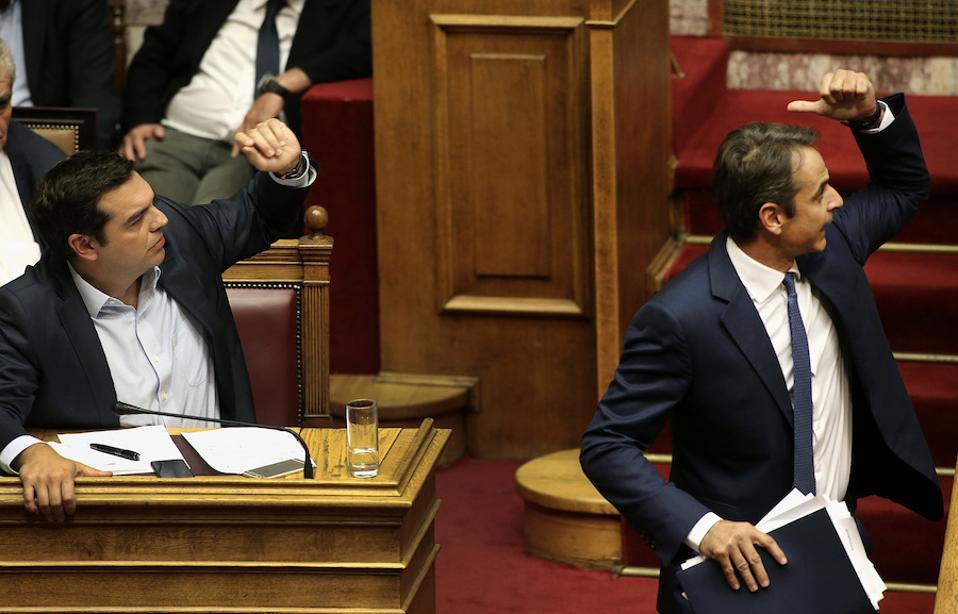 Prime Minister Alexis Tsipras and main opposition leader Kyriakos Mitsotakis exchanged harsh words in Greek Parliament on Friday over a controversial bill exempting a certain businessman of fines.
The bill amendment appeared in the House at the last minute on Thursday evening, tabled by SYRIZA MP Dimitris Dimitriadis. The amendment allows the exemption of civil liability for cases of smuggling for businessmen with out of court settlements.
The amendment favors businessman Ivan Savvidis who has purchased the ailing tobacco company SEKAP and is now exempt of 38 million euros in fines, according to independent MP Haris Theocharis.
The New Democracy chief accused the prime minister of corruption because the amendment is tabled in order to serve the businessman. “I personally call on you to protect the prestige of the Parliament, I call on you to tell the PM to withdraw the amendment,” he told lawmakers.
On his part, Tsipras attacked with sarcasm the ND leader stressing that his party should be in favor of the amendment since he professes to support entrepreneurship.
The prime minister refused to accept a compromise motion by Mitsotakis, to withdraw the parliamentary amendment and to table it again, as dictated by the Constitution and the Parliament’s Rules of Procedure, ie accompanied by a General Accounting Office report. House Speaker Nikos Voutsis refused to withdraw the bill.
Tsipras attacked New Democracy saying that during their rule there were many similar scandalous amendments that favored the interests of businessmen.
The amendment finally passed with 149 MPs voting in favor and 97 votes against.