TechNews
GreekReporter.com Greek News Cyprus Pavlopoulos: The Cyprus Issue Is Not a National But an International and...

Pavlopoulos: The Cyprus Issue Is Not a National But an International and European Problem 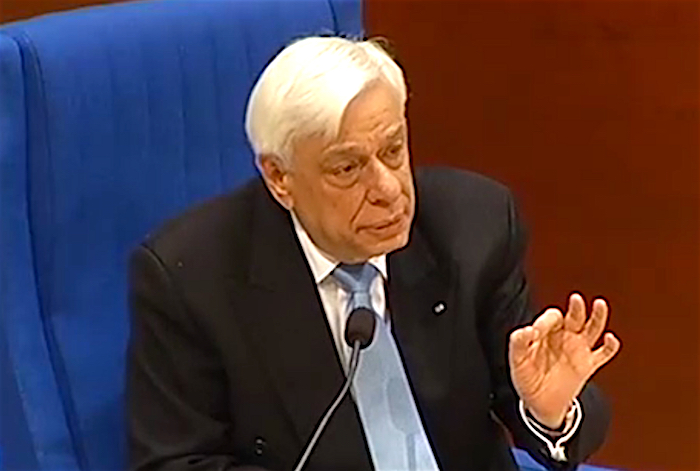 “Whatever solution to the Cyprus problem must be compatible with the European law,” the President of the Hellenic Republic Prokopios Pavlopoulos said on Wednesday addressing the plenary session of the Council of Europe in Strasbourg. Greece and Cyprus are ready to contribute to the solution of the problem.
For us it is an open plague that since 1974 there has been a foreign troop on Cyprus. We consider that the Cyprus problem is not a national problem of Greece and Cyprus, it is an international and European problem,” the President of the Republic said and added: “Cyprus is a member state of the EU and of the Eurozone,” he added stressing that any solution for the Cyprus issue should be according to the European law and especially with the meaning of the EU-member state sovereignty. The principle of the sovereignty of an EU member state does not tolerate the existence of occupying troops and guarantees after the solution of the Cyprus issue.” “What precedent would we have created for any EU member state if we were to resolve the Cyprus problem with the occupation troops remaining in the area?” Pavolopoulos asked.
Finally, Pavlopoulos stated that Turkey will also gain from a solution that respects the principle of sovereignty of an EU member state under European law. As he said, Turkey has no interest in having this “non-solution” and the occupation troops, because the Turkish Cypriots themselves are also victims of this.
(source: ana-mpa)