GRNews
GreekReporter.comGreeceOpposition Parties React to Tsipras' Interview, 'Out of Touch With Reality' ND...

Opposition Parties React to Tsipras' Interview, 'Out of Touch With Reality' ND Says 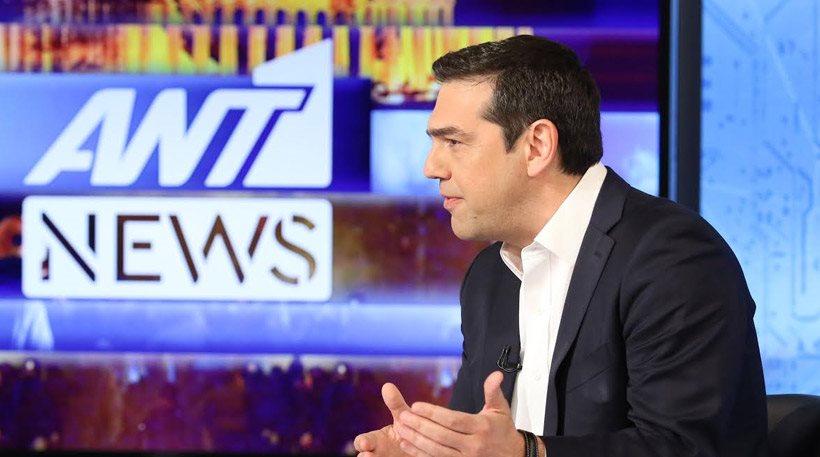 The interview of Greek Prime Minister Alexis Tsipras on ANT1 television on Tuesday evening sparked an immediate, strong reaction from opposition parties.
“Mr. Tsipras has been divorced from Greek reality,” says the statement issued by New Democracy. “His current interview was a sad apology, full of lies, arrogance and cynicism, from an irritated prime minister who showed his nakedness. He has no contact with the truth. He came to the point that he said (Greece’s) partners were asking for 42 times more (austerity measures). That is, measures totaling 151.2 billion euros!”
ND blames the prime minister for lack of self-criticism, the statement continues: “He feels no guilt for the greatest tax raid ever at the expense of Greek people. He shows no honesty about the fourth Memorandum with the toughest (fiscal) measures, cutting pensions and lowering the tax-free threshold. He shows no repudiation for the obstacles he put in privatizations, both as the opposition and as the government. He shows no self-criticism for tragically failing in his responsibilities. He has the audacity and arrogance to say that the Greeks do not make protests against him. Let’s not challenge the Greek people. The indignant ones of yesterday who became State employees are the only ones who tolerate him. Mr. Tsipras lives in his own world: “SYRIZA in power, at all costs”.”
To Potami also issued a statement talking about an “avalanche of lies” such as: “The IMF, he says, asked us in October for 42 times more measures. Given that the government will vote for measures of 3.6 billion, then the IMF, according to Mr. Tsipras, was asking for 151.2 billion!”
As for “The “Not one euro of measures,” he says that Greeks misunderstood him when he said he will not vote for measures if there is no debt restructure. Now he says he will vote for the measures and if then he does not get the debt restructure, he will not implement them! But in the meantime, once they have been voted, they will be implemented.”
PASOK also attacked the prime minister for what he said in the interview: “Mr. Tsipras in his current interview with ANT1 tried again to fool citizens,” says the official party statement. “We will vote for the measures, he said, but if they do not give us a solution to the debt problem, we will take them back (!!). We only remind him that ‘Once you leave the cash register, no mistake is recognized.'”