TechNews
GreekReporter.com Greece Pavlopoulos Stresses Need to Stop those Working for the Dissolution of Europe 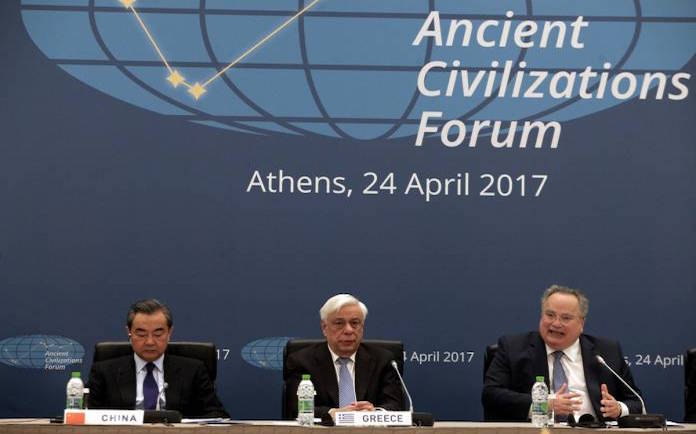 “We, the European people, are determined not to let those (the remains of Nazism) who work for the dissolution of Europe to succeed. This is the meaning of the result of the French elections. Civilization contributes to this” Greek President Prokopis Pavlopoulos said on Monday in his address at the opening of the “Ancient Civilization Forum” held at the Zappeion Mansion.
“Every real civilization’s intention is to build communication bridges with the other real civilizations and not to raise walls of isolation,” Pavlopoulos stressed.
Referring to the historical link between the current global turmoil and its dangers and the course of other civilizations, the President pointed out that the global turmoil and its dangers have their roots not in the conflict of civilizations but because these civilizations are alarmingly degrading. And because of this degradation, they are not any more in the position to carry out their natural peace mission through the co-existence and collaboration at a global level.
Welcoming the opening of the “Ancient Civilization Forum,” Pavlopoulos also recalled the initiative taken in 2015 by Greek Foreign Minister Nikos Kotzias, who organized the International Conference on “Religious and Cultural Pluralism and Peaceful Coexistence in the Middle East.”
“Everybody understands that the resounding response of the coexistence and dialogue of the civilizations can turn into a powerful and effective antidote against the scourges of war and terror barbarism that have been plaguing the Middle East for years. Within this framework, Athens hosts the “Forum of Ancient Civilizations,” considering that it fulfills a crucial mission that is directly linked with the emblematic past and Greece’s historical perspective,” Pavlopoulos added.
(source: ana-mpa)