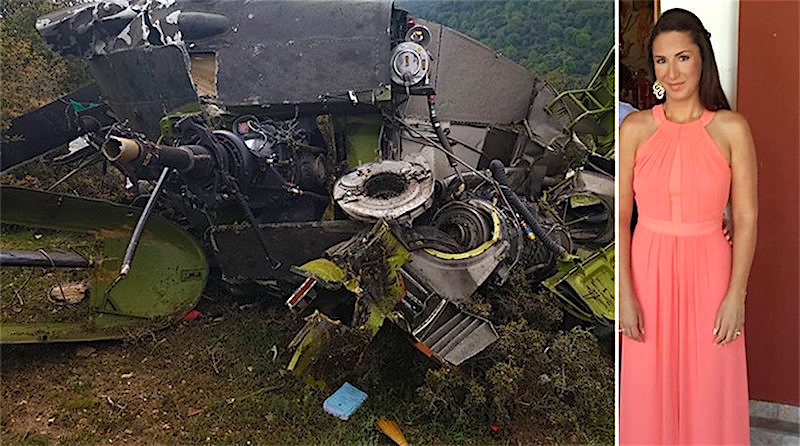 The survivor of the Greek Army helicopter crash in Sarantaporo that left four officers dead on Wednesday, recounted the cause of the accident.
Sergeant Vassiliki Plexida was one of the five passengers of the fatal UH-1H crash and is now being hospitalized at the 424 Military Hospital in Thessaloniki. She is suffering from a pelvis fracture and injuries to her hands, legs and neck.
“We were flying low. We fell into fog, visibility was very limited, near zero,” were the first words the survivor told reporters.
“The helicopter touched the cables of PPC (Public Power Corporation) and lost its balance. Everything happened in fractions of a second. With the impact on the ground, I lost my senses,” Plexida said.
“When I recovered my senses a while later, it was like waking up after a nightmare, but with unbearable pain throughout my body,” she recounted.
Plexida recalled that she was fastened to her seat, which catapulted out of the helicopter the moment it hit the ground; this is probably what saved her life.
According to an expert who spoke on Skai television, when the helicopter was tangled in the PPC cables, the oscillation might have caused the detachment of the seat.
PPC workers who arrived first on the spot after a call that the power was cut in the area, said that they found Plexida standing and in a state of shock.
The Ministry of Defense has announced a three-day mourning for the loss of the four Greek Armed Forces officers.