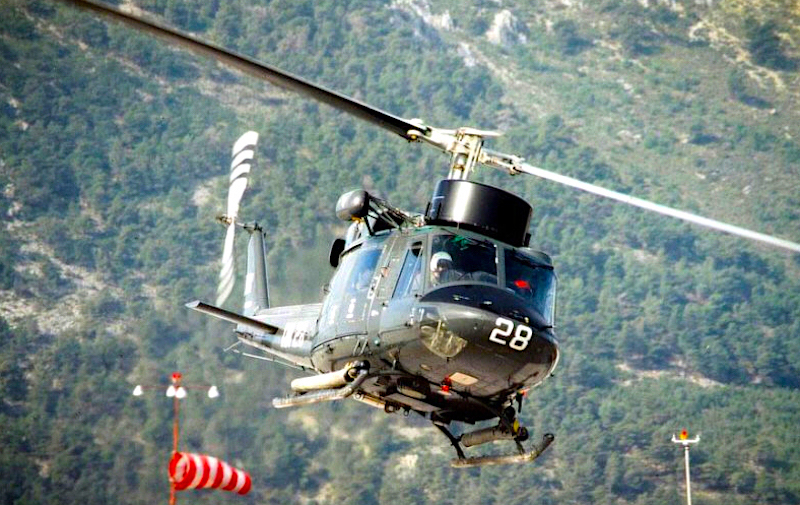 A Greek military helicopter carrying five officers crashed at Sarantaporo on Wednesday, with four killed and one found seriously injured.
According to Hellenic National Defense General Staff (GEETHA), on board of the UH-1H there were five army officers, including the deputy commander of the 1st Army, Ioannis Tzanidakis. 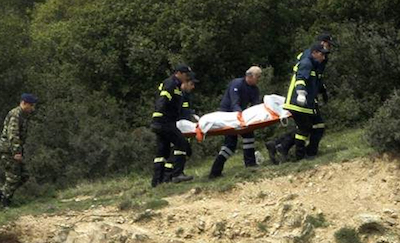 Other than Major General Ioannis Tzanidakis, Colonel Thomas Adamou, Major Dimosthenis Goulas and Lt. Konstantinos Hatzis are dead. Sergeant Vassiliki Plexida survived the crash and has been transferred to 424 General Military Hospital.
The helicopter left from Stefanovikio, where the headquarters of Helicopter Division of the Battalion Army army are located. It stopped at Larissa to pick up two officers from the 1st Army to take them to Kozani. 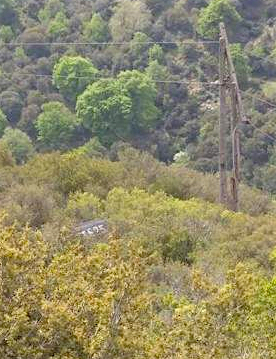 Traces of the helicopter was lost in the Elassona region, while the UH-1H was in flight from Larissa to Kozani. At 7:50 am communication was lost.
The helicopter was found a little after 10:30 am near Sarantaporo and a rescue mission rushed to the spot to find the passengers. Four officers were found dead, while a female officer survived with serious injuries.
According to onlarissa.gr, the helicopter hit a power pole near Sarantaporo town and crashed.
Greece’s armed forces on Wednesday declared three days of mourning on the orders of Defense Minister Panos Kammenos.