GRNews
GreekReporter.comGreeceIMF Chief: Greek Debt Must be Sustainable for the Fund to Participate...

IMF Chief: Greek Debt Must be Sustainable for the Fund to Participate in Bailout 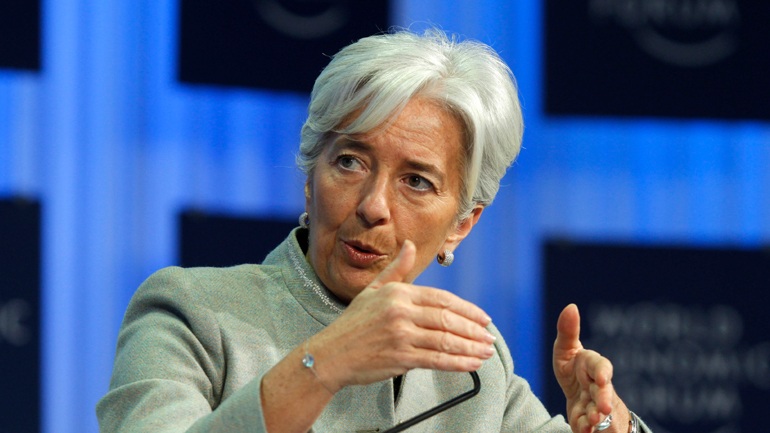 The Greek debt must be sustainable in order for the International Monetary Fund to participate financially in the third bailout program, said IMF Managing Director Christine Lagarde.
In an interview with the Leading European Newspaper Association, the IMF chief explained the reasons the organization is reluctant to join the program, reiterating that the final decision will be taken after the debt sustainability analysis conducted by the Fund.
Asked whether there is any progress in reconciling the views of European institutions and the IMF, Lagarde said that, “There are two aspects to it. One is short term, which is part of the ESM program and would be part of our own program — if we were to have one. And second, there is the longer-term fiscal path going forward, which will determine the debt sustainability analysis. In both areas, we need to converge as much as possible. But clearly, whatever the IMF would finance — if we were to join — would be on the basis of both the fiscal path and our debt sustainability analysis.”
“In the long term, we believe that a 1.5% primary surplus is sensible given all that the economy has gone through, and given the Greeks’ capacity to reform. If the Europeans determine differently, then we need to take that into account. But we cannot adopt unreasonable forecasts or build unjustifiable macroeconomic frameworks,” the IMF managing director added.
On the possibility that the IMF would not participate in Greece’s bailout program, Lagarde replied: “It is plausible that the IMF would participate in a Greek program, as the Greek government has requested, if significant reforms are legislated to be implemented, and if debt is restructured to accommodate our debt sustainability analysis — conducted in accordance with the IMF’s rules. So, it is plausible. And we have seen progress on the first part.”
However, upon the Fund’s request, European creditors must proceed with debt restructuring measures upfront. Euro zone officials are reluctant to commit to debt relief measures as long as Athens is not going forward with reforms. To that, the IMF head replied very clearly: “If the Greek debt is not sustainable in accordance with the IMF’s rules and on the basis of reasonable parameters, we will not participate in the program.”
Regarding the current state of negotiations between Greece and creditors Lagarde said: “We want ‘two legs’ for the program. We need solid reforms, and we are getting there: the team is going to be back in Greece to negotiate, fine-tune, put things on paper, so as to be a binding agreement between all the parties. So, we need solid reforms — and we need debt that is sustainable. And for that, restructuring will be needed. We do not have that yet, and the discussion on that needs to be completed.”