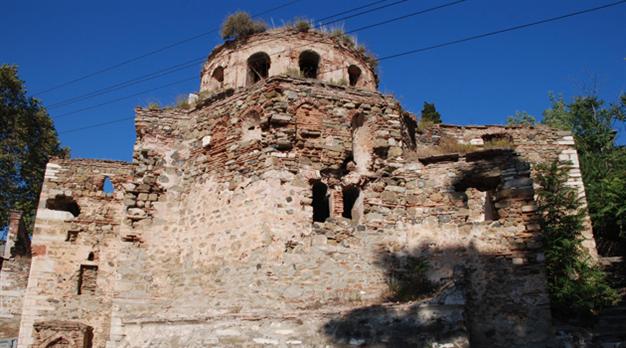 The Greek Orthodox Patriarchate of Istanbul has purchased what is considered to be the world’s third oldest church, the head priest of Halki Seminary, Elpidophoros Lambrianidis, told Anatolia News Agency.

According to Hurriyet Daily News, the Byzantine Basmelekler Church, or the Church of Agion Taxiarchon now belongs to the Orthodox Patriarchate.

The Church of the Archangels Michael and Gabriel was built in 789 by Byzantine Emperor Constantine Porphyrogennetos in what today is the Trilye region of the Marmara province of Bursa. It was put up for sale by its owner, Teksen Construction, for 400,000 U.S. dollars in 2007.

Now the church is surrounded with a fence and a gate. “There are three keys to the gate,” Lambriniadis said. “We hold two of the keys and gave the Kumyaka village the remaining key so that those who wish to visit the church would not be turned away.”

Lambriniadis said the church will be restored.  “We wish to restore this historical structure to its past glory so that it can take its place among the other wonderful historical buildings that adorn our city of Bursa,” he said.

According to Hurriyet, village head Ramiz Batmaz said the fact that Lambriniadis gave them a key to the church showed the patriarchate’s trust in them. “From now on we will control the visits to the church and help our guests.”