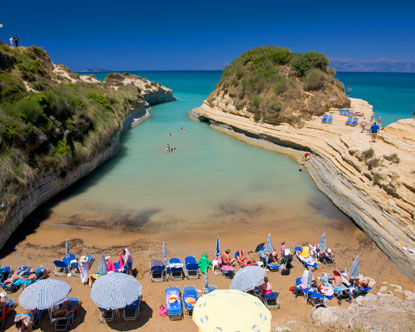 Bookings from Germany and the United Kingdom for package holidays in Greece and other Mediterranean countries rose sharply in early 2017, according to a GFK survey unveiled. This is a strong indicator for total tourist arrivals in the summer, since the majority of bookings for that period are made before the end of March.
The rise in bookings for Greek holidays made in Germany in January and February was nearly 59 pct, making Greece the second most-preferred destination for Germans after the Balearic Islands in Spain. Croatia, Cyprus and Egypt also saw an increase in bookings, while bookings to Turkey have dropped sharply due to the terrorist attacks and rising tensions in its international relations.
Greece also ranked second after Spain for bookings from the United Kingdom, which increased 12 pct in January-March 2017. Most Britons are expected in Greece between May and September, while an increase in expected arrivals in October may indicate a trend toward a longer tourism season.
Most popular destinations within the country were again the Dodecanese islands, the Ionian islands and Crete.
Portugal and Morocco also saw an increase in bookings from the UK, while Cyprus has continued to do well. Bookings for Turkey and Egypt, by contrast, fell sharply.
(source: ana-mpa)