GRNews
GreekReporter.comGreeceHoly Friday: A Day of Fasting and Mourning in Greece

Holy Friday: A Day of Fasting and Mourning in Greece 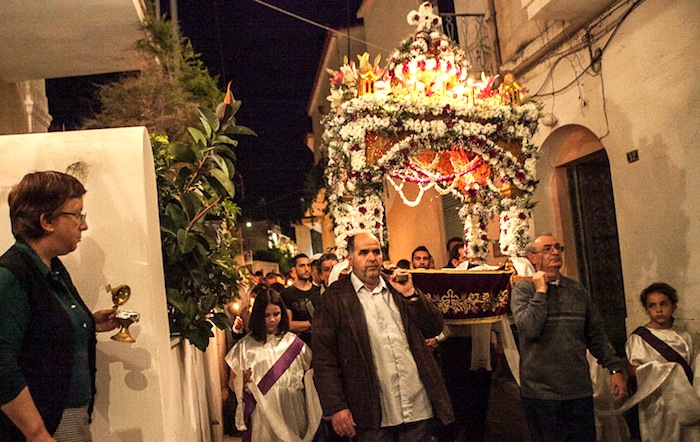 In Greece Holy Friday is celebrated by fasting and is considered an absolute day of mourning. On this day, in the Greek Orthodox Church the story of Jesus’ journey to the Cross and death, his burial and the triumph of evil over good is commemorated.
On Holy Friday, five Gospels are read which tell the tale of the tragic events that occurred from the Evangelists’ point of view.
During the morning hours of Holy Friday believers gather to pray the Royal Hours, which is a special expanded celebration of the Little Hours; while at 3 pm people gather for the Vespers of the Taking Down from the Cross. Near the end of the service, an Epitaph, or a cloth embroidered with the image of Christ prepared for burial, is carried in procession to a low table in the nave which represents the Tomb of Christ, followed by the procession.
These acts all retrace those events which occurred on Christ’s last day as Jesus was crucified at 9 am and his torment lasted six hours, until 3 pm, when he finally passed away while saying: “It is finished” (“Tetelestai”). It was two of Jesus’ secret disciples, Joseph of Arimathea and Nicodemus, who took his body down from the Cross at sundown and buried him in a rock-hewn tomb.
The Church reminds us of how Christ was betrayed and arrested, about his interrogation and humiliation, his death sentence delivered from the High Priests and Pilate, Peter’s denial and repentance, the road to Calvary, Christ’s crucifixion, death, burial and the sealing of the tomb.