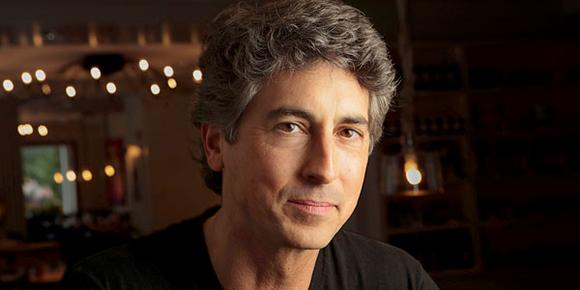 The 2017 Los Angeles Greek Film Festival (LAGFF) will be honoring legendary Greek-American director Alexander Payne, who has helmed critically acclaimed films including “The Descendants”, “Nebraska”, and “Sideways”, not to mention the upcoming “Downsizing” with Matt Damon and Kristen Wiig.

Alexander Payne helps write and produce a lot of his own movies, in addition to directing them; he is one of the few filmmakers working today that has such artistic control over the films he creates.

A lifelong aficionado of films, Payne also serves on The Film Foundation (founded by Martin Scorsese in 1990) to protect and preserve motion picture history.

Thanks to all these accomplishments in the world of movies, Payne will be presented with the Greek Film Festival’s Orpheus Award this year. The ceremony will take place on the last day of the festival, which runs from June 7 to 11.

Festival director Aris Katopodis states “Alexander Payne was selected by the committee to receive this year’s honor because of his worldwide contributions to movies and his dedication to the preservation of its history. We are delighted to be among those who recognize his brilliance as a filmmaker and his dedication not only to the craft but the people that work with him. His ability to entertain and intrigue audiences worldwide is surpassed by none.”

Tickets to the 2017 Los Angeles Greek Film Festival are available on the LAGFF’s website, so if you’re going to be in the Hollywood area, buy your ticket now!