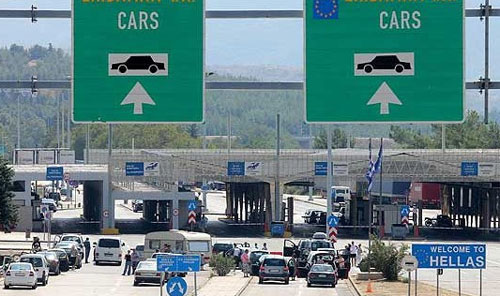 On Sunday, ELAS, the leadership of the Greek Police announced that they are going to be suspending the new controls which enforce stricter rules at Greece’s entry points.
ELAS said that the suspension will last at least the next six months. They made the decision to suspend the new rules following serious travel delays at airports in Greece after the implementation of the stricter border controls at airports on April 7.
The initial move of installing the stricter controls was in efforts to tighten the rules meant to be enforced within the Schengen area. The stricter rules impact citizens of third countries traveling in and out of the Schengen area as well as European Union citizens who are traveling by having them undergo detailed checks at the border. The rules came about in efforts to root out Islamic extremists traveling within the Schengen area.
ELAS’s alien and border protections unit announced that during the six months of suspension, Greece will be carrying out detailed check only on those who look suspicious, which is allowed under an article in the Schengen deal. Other EU countries which activated the article in the Schengen deal allowing “targeted” checks are Finland, Italy, Croatia, Hungary and Bulgaria.
The only area of the country where the new rules will not be suspended is at the Greece-Turkey border station of Kipoi where jihadists have entered the country previously.